Is the recent SSHFC episode a case for meaningful public service reform? 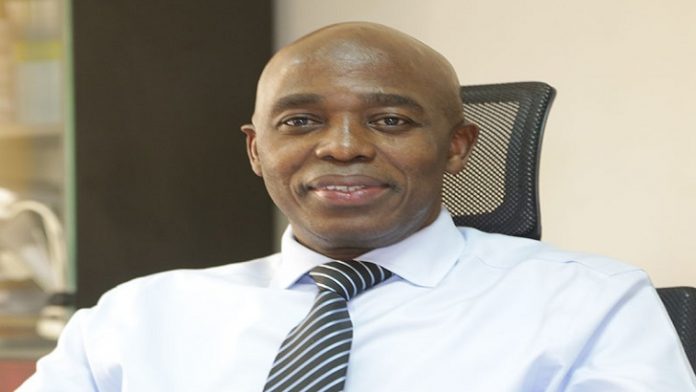 The recent Executive engineered movement of human resources assets within the Civil Service would certainly not have been the first of its kind, the methodology and craft are textbook Yahya Jammeh modus operandi. But, served cold with passive Barrow guile rather than bombastic Jammeh ‘candour’. Repeating a failed tactic is total madness but indulging it is, I’m afraid a dead wish. We indulge this at our peril.

‘President redeploys SSHFC MD to Senegalo-Gambian Secretariat, appoints new MD’. Imagine waking up from a coma to such headline, one would assume that Jammeh has returned to power in the hours of their unconsciousness. In reality however, this assumption won’t be far from reality at all because there is hardly any transformation to what is, today in 2020 from what was, in the previous republic. It is interesting how the popular letter ‘o’ word has all of a sudden evaporated from the vocabulary of the political Executive; we were promised an ‘overhaul’ of what was a completely broken and hopeless system, a system which, if it were a commodity no sane person would buy even if offered to them for a butut; even a refuse collector won’t shift it without being bounced into doing so by some impressive and charming persuasive exercise. Unless by ‘overhaul’, Candidate Adama Barrow meant replacing just the President (Jammeh) full stop. Or, is it?

The hopeless system to which we ‘owe’ 55 years of post colonial dependency, regression and degeneration cannot be divorced from our current vassalage. Like a product which has passed its use by date, this system has to be discarded and that time is now. Not later but, now. The recent Social Security saga is just the latest among a series of manifestations of the gap between what is and what should be; this gap must be closed. It mustn’t be allowed to expand further and cause a collapse of what is a very central pillar of the State machinery. The Public Service is just too big to fail and it mustn’t.

It is perhaps helpful to detail what the current position is: section 167 of the Constitution vests in the President the power to appoint and dismiss any Public servant. Additionally, with the exception of Judges of the Superior Courts, the Director of Public Prosecutions, the Auditor General and the Ombudsman, the President has the power to retire any Public servant. Chapter 2, section 1 of the General Orders for the Public Service delegates such powers to the heads of departments in the case of grades 1 and 2 appointees. Without any doubt, the vesting of such enormous powers over the careers of Public Servants in the hands of a political Executive authority blurs the line between political appointees and Public Servants. This is a wholly unacceptable state of affairs. If at all we’re no longer a banana republic then perhaps the President and co. should stop giving the impression that we still are.

The current position, I hasten to say, is a stark departure from that in the first Republic: section 111(1) of the 1970 Constitution vested all powers to appoint and dismiss Public Servants in the Public Service Commission.

It’s important to distinguish political appointees from the public Service (or the Civil Service). The former are appointed for the purposes of furthering the political agenda of the political Executive and serve at the pleasure of the President whilst the latter constitute (or should constitute) a body of career and apolitical state employees whose raison d’être is to aid, assist and implement government policies of the government of the day. The former, whose continued employment is shaped by political events do not have security of tenure unlike the latter whose careers and continued employment isn’t shaped or impacted by political events e.g a change of government. In essence, the Public Service is the aspect of the State which exists in perpetuity and whose expertise drives the business of central government. The importance of such institution of the State apparatus is, I must add, on par with that of the judiciary. They must be accorded on par protection from purges and political control.

The blurring of the line between political appointees and the Public Service appears to have been accepted as the norm: it is completely acceptable for the President to hire and fire Public Servants as and when convenient to him. As if we’ve surrendered to the subjugation of the defeated tyranny whose revolutionary delusion gave birth to such an ‘ugly baby’ under the guise of ‘patriotic reorientation and construction’ which with the benefit of hindsight was, an unpatriotic disorientation and destruction of cataclysmic proportion. 3 years on, I wonder what the excuse is on the part of President Barrow forthe failure to discard these ‘ugly babies’ (regressive policies)like has been the case with their ogre begetter who has since been banished to – well an open prison somewhere he feels athome. I wonder why this is. Cynics might blame such on the generously high numbers of Jammeh ‘fossils’ whose disservice President Barrow happily retained. Or perhaps I suppose it’s naivety on my part to dismiss such as fruitcake conspiracy theory stuff. In any case though, the slow pace of change cannot just be attributed to incompetence – President Barrow is perhaps more competent than we give him credit for. Let’s not delude ourselves, it takes some competence to be duplicitous albeit not one we approve of.

The case for Barrow, however, was that he would assemble a capable intellectual team around himself giving each authority to lead in their own areas of expertise, with his (Barrow’s)singular contribution being his promise to step down after 3 years. I doubt any of us foresaw the crack team he (or Ousainu Darboe) would later assemble and his refusal to deliver his singular contribution: to resign. One does begin to wonder, however whether the word “contribution” should be replaced with ‘skill’ and “refusal” replaced with ‘incompetence’. Without belabouring too much on the dreadful betrayal, we are where we are and these obvious limitations must not hold back the need to get on with the reform agenda nor could they be used as convenient excuses.

In the case of the Public / Civil Service, in my view, it has to be independently responsible for the entirety of its human resources management: recruitment, promotion and so forth.In thriving nations, this is the norm and was indeed the norm in our case (well in theory) but, rendered abnormal by the national misfortunes since July 1994. Whether through primary legislation or a Constitutional amendment, such change must be effected.

This is a necessity. Without independence from political pressure and security of tenure, service in the Public Service just like has historically been the case with the uniformed services, will continue to repel rather than attract talent and skill. The potential for any entity to grow depends on its ability to attract, develop and retain talent, the current position undermines this. It iscounterintuitive, untenable and must change for the better.
The establishment of a Public / Civil Service academy to serve as a training and development institution for the Service would after all not be such a bad idea in my view. I cannot think of any case against such innovation. The challenges before us are huge and, so must the countermeasures.