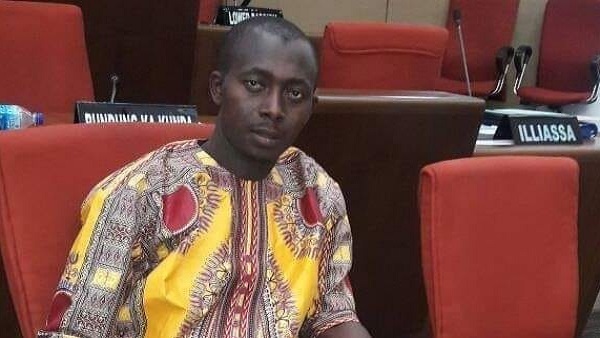 Saikouba Jarju, the NAM for Busumbala has been speaking about the ‘missing’ D14M that one Lamin Kinteh alleged was taken from his marabout by Gorgi Mboob, the head of the police anti-crime unit. Mr Mboob who was recently sent on leave over a different matter, had denied Kinteh’s allegations, adding that Kinteh may never have any such money.
Honorable Jarju confirmed that he met Lamin Kinteh at the office of Majority Leader KK Barrow. He said after listening to him and being National Assembly members, they decided to accompany him to the IGP for a possible investigation. “We did not know anything about it and were only involved to seek the truth and help the course of justice where necessary,” Jarju told The Standard.

Jarju said what made the story curious is that Kinteh had alleged that when he reported the marabout whom he gave the money to, the police Anti-crime had suggested and taken him to another marabout in Tabokoto. “That really baffled me a lot because I could not understand how a professional law enforcement agency will have to resort to marabouts to handle a case,” Jarjue said.

Hon Jarjue went on to state that this marabout recommended by the Anti-Crime boss Gorgi Mboob is the one who allegedly told Kinteh that his money was with a fair woman which Kinteh took to be his marabout’s second wife. “So both Kinteh’s marabout and his WIVES were arrested but they all denied having the money. But a relative of the marabout had told Kinteh that the money has been given to the anti-crime,” Hon Jarjue stated.
He said all these made Kinteh confuse so he brought the case to the National Assembly for redress.

”The police had promised to set up a panel to investigate it but I am yet to hear from them. We have also advised Kinteh to write formally to bring the attention of the assembly to the matter so that we can formally look into it but I think he believed that process may take long so he took the matter to social and other media,”Hon Jarjue told The Standard.
He said before going to the IGP, he had gone to Anti-Crime but Gorgi Mboob was reported sick and after listening to his deputy, they decided to take the matter to the IGP.
He said he had advised the IGP to withdraw the case and order the Crime Management Coordinator (CMC) to create a panel.

”That was done at the CMC’s office and Gorgi Mboob came and swore bitterly that he did not have the money and no money was given to him.But Kinteh also insisted that Mboob is having his money and he knows this because when he allegedly promised to give some money to Mboob when the money is recovered, Mboob had rejected that sum and demanded more,” Jarju said.

Hon Jarjue said the matter has seriously raised important issues but he has great confidence in the IGP whom he described as very honest, trustworthy and straight forward. ”I think this matter should be professionally investigated and my advice to the IGP is that even though the Anti-crime are doing a very good job, I don’t think Gorgi Mboob should continue to be heading that place because it could bring a bad name to the institution,” Hon Jarjue said.