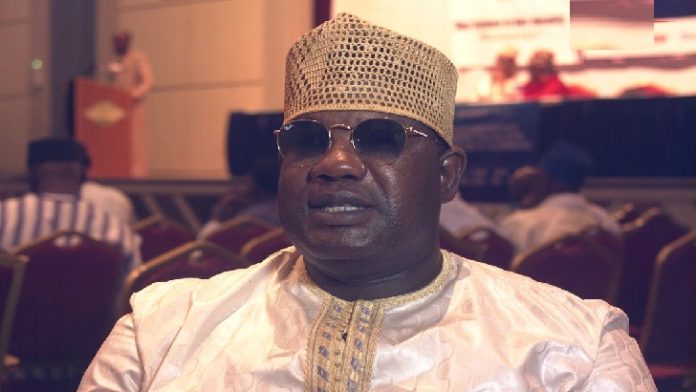 Some law-makers on Tuesday accused a famous Gambian business tycoon Abubacar Jawara of importing firearms into the country without observing the terms and conditions of the exportation license.

It would be recalled that the police in 2018 intercepted a container of 1263 guns at the ports in Banjul after which the government sanctioned an investigation through the National Assembly Select Committee on Defense and Security.

On Tuesday, the committee presented its report to the National Assembly where it received mixed reactions from members some of whom recommended tougher gun laws whilst others rallied support behind the GACH, saying the company is not guilty of any violations in bringing hunting guns into the country.

In his contribution to the debate on the assembly’s report on GACH 2018 gun saga, the member for Kombo South, Kebba K. Barrow sounded the alarm bell that proliferation of small arms in the country should be a cause for concern to all citizens, considering the fact that the country is still reeling from 22 years of dictatorship.

The majority leader went on to explain that the modus operandi of GACH must be clearly spelt out in its article of association/memorandum of understanding to explicitly indicate which business operations it could undertake as the CEO of the company currently has three business entities.

Suwaibou Touray of Wuli West reminded the House of the seizure of a container of firearms in Nigeria destined for The Gambia but under a false registration, saying the country must draw lessons from this.

Earlier on Monday, the Attorney General and Minister of Justice informed the National Assembly that GACH has been granted operational license by the prescribed authority to import firearms without ttached terms and conditions and therefore it could not find prima facie evidence to establish that the importer committed an offense by importing arms into the country.

But some lawmakers have been interrogating whether the intent of the license commensurates with the guns imported.

In her contribution to the GACH report, Fatoumatta K. Jawara of Tallinding said the license issued to GACH was a blanket one which does not stipulate the specification and quality of the arms. She said the company was authorized to import firearms and the ballistics examinations have shown that the arms were for hunting purposes.

Meanwhile, the National Assembly member for Lower Baddibu, Alagie Jawara, has urged both the defense and interior ministries to give explanation on the whereabouts of the 63 hunting guns that were confiscated from the GACH company.
Meanwhile, theNational Assembly has rejected a request by government to extend the state of emergency for 45 days.