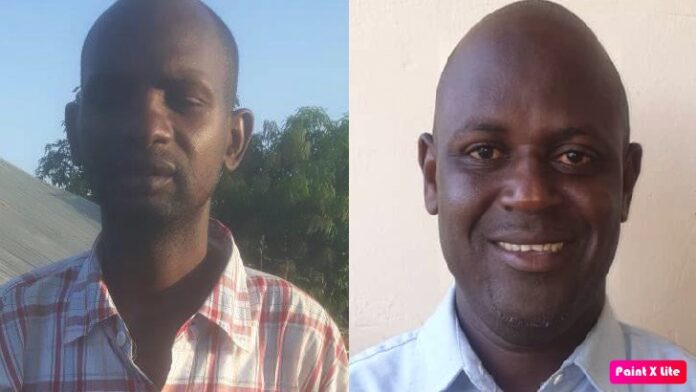 just back from Georgetown

The vicinity of the IEC regional office in Janjanbureh was last Saturday the scene of fanfare and razzmatazz as both the Gambia Democratic Congress and National Peoples Party filed candidates for the November 7 by-election for the Niamina West Constituency.

The GDC nominated Yerro Jallow while the NPP put up Birom Sowe.  Both nominations took place in celebrant mood.

Ecstatic crowds of GDC militants swarmed the IEC regional office on the junction of Johnson and Owen’s streets, a few minutes before the stroke of 11am followed by enthusiastically-overwhelmed sea of NPP supporters, backed by top officials of NRP, NCP, PPP and GPDP.

A large motorcade including new pickups, carrying jubilant NPP militants in party colours, made a triumphant entry into Janjanbureh from the West of the town at around 13:00hrs.

Johnson Street, where IEC is located was clogged. Vehicular traffic was paralysed with hundreds of excited NPP supporters spanning as far as the eye could see.

An equally huge crowd, among them UDP legislators Sainey Touray, Sulayman Saho and the party’s firebrand long-time member Doudou Casa Jatta, also thronged the road leading to IEC Janjabureh office to lend their support to the GDC-sponsored candidate, giving further evidence of how GDC and UDP are joining forces in this election.

An NPP senior member bragged to The Standard that the party’s show of force was an indication of the enormity of the task in the hands of the party’s opponents as far as the Niamina West election is concerned.

The Regional Elections Officer of CRR, Amadou Taal, received the nomination papers on behalf of the IEC after subjecting them to some vetting alongside some IEC top officials.

The Chief Electoral Officer of the IEC, Sambujang Njie, advised the people of Niamina West not to use the by-election as a trigger for the breakdown of the rule of law and order in the communities.

He challenged them to notify the IEC of any instance of election-related violence whilst making assurance that the relevant authorities would take necessary actions against any threat to the peaceful conduct of the polls as well as the general peace and security of lives and properties of the people of Niamina West.

Njie also reminded his audience of how Covid-19 has derailed the initial plans of an early election, emphasizing the need for strict adherence to Covid-19 preventive measures before, during and after the exercise.

Regional Elections Officer, Amadou Taal, meantime urged Niamina West to ensure a massive voter turnout come November 7th whilst warning against politics of discord, adding that the by-election is a regulated process with all the safeguards in place.

GDC’s Yerro Jallow told journalists after filing his papers that he is confident of winning not only that he’s the man of the people but the country’s biggest party [UDP] is reinforcing GDC’s stranglehold on Niamina West.

NPP’s Birom Sowe said there is no way GDC can regain the Niamina West seat, saying the people of the constituency have now taken a new direction.

Meanwhile, the thrills and wows of the nominations were also characterised by performances by local music celebrities.