On bards and bardology: Epistle to the Oracle Part 1 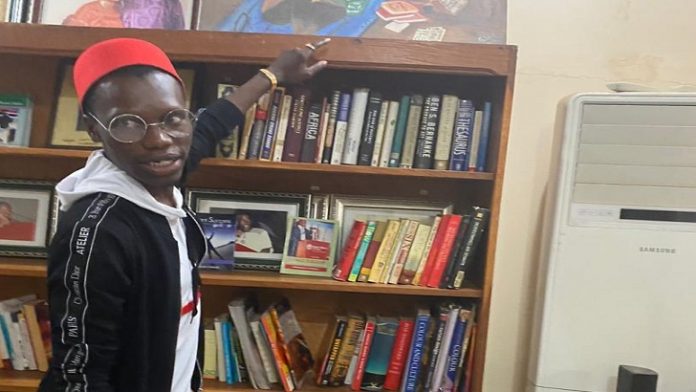 Omar, the wordsmith; thou Oracle of our times,
I salute you and hail you for the razzmatazz you have recently ushered into Gambian social media with your epic and unapologetic grandiloquence ad-infinitum.
Surely you have made your mark and crafted a solid seat for yourself in our national discourse. And the timing of your arrival on the scene could not have been better.

My good friend and I have for long lamented the onslaught on the art of the wordsmiths and the global conspiracy to denigrate the humanities and fine arts in a bid to promote the study of Science and Technology. We are not luddites but we hold the view that the sciences can be promoted without a concerted effort to kill the arts and force our best minds into the study of numbers even when their natural inclination is not in that direction.

My friend, the erudite scholar from Kiang Jali, who has the good fortune of being crowned our “Resident Philosopher”, is surely glad that we now have a poster-boy in our common crusade to further the cause of our own ‘religion’ called ‘Bardology’. And lest some extremist declares a ‘fatwa’ against us, I hasten to clarify that, by religion, I make no reference to its literary connotation; rather, we have pledged to support and promote the use of words and the study of the arts and humanities for some sacred reason, hence the adoption of the creed of the avid shakespeareans.

My dear Oracle, as some celebrate your verbal prowess and others try to sneer and jeer in myriad ways, I want to assure you of my most profound respect for your mental acuity and lyrical dexterity.

I am sure you have already gotten an earful from the typical Gambian who would try to demean your natural gift; and others who have already falsely accused you of imitating the notable Nigerian member of the National Assembly, Patrick Obahiagbon; but that should not worry you because this has been the lot of the truly gifted and inspired souls of all ages. As noted in verse 5 of Surah Furqan, our Most Noble Prophet Muhammad (Sallaalahu alaihi wa sallam) was taunted thus: “They have also said, “It ,(the Quran), is only ancient legends, which were written down while they were dictated to him in the mornings and the evenings.”

So my advice to you would be the same I gave to my mentee B.S.N for whom I penned the following verses:

Stand Your Ground
Lambai at Moribolong
‘Wo lu mang bori long’
Stand your ground
My lil young man
Like Massaneh kulu jaara
‘Kana song, kan sila, kana jarajara’
That is the real ethos without bathos
Firm on truth, the real root.
Four years ago, I delivered a speech at a debate tournament held at the university of The Gambia. Among the many motivational nuggets I served on that menu were these words of the American philosopher Orison Swett Marden:
“self-expression in some manner is the only means of developing mental power. It may be in music; it may be on canvas;it may be through oratory … but it must come through self-expression … It is doubtful whether anyone can reach the highest standard of culture without studying the art of expression, especially public vocal expression. In all ages oratory has been regarded as the highest expression of human achievement.“
Verily, the art of oratory is a noble bestowal, and anyone so blessed as to be endowed with it should further cultivate it and be grateful to Allah for the gift.

Young man, it was the acerbic Canadian Professor, Jordan Peterson, who famously said “Your capacity for speech is divine. It’s the thing that generates order from chaos.” And I do concur with this statement for the very fact that Allah (SWT) celebrates and touts our capacity for intelligent discourse in the opening verses of Surah Rahman, “The Most Merciful. It is He Who has taught the Qur’an. He has created man: and has taught him intelligible speech.”

Certainly the ability to use words and express oneself in a beautiful manner is a special favour from the All-Wise Creator who is the source of all authentic knowledge and wisdom.
During a recent visit to my teacher, the Sage of the East, he gave me a sermon on the importance of words and the need to carefully choose the right ones for each occasion. Quoting the British Earl, Lord Chesterfield , he asserted “Words are the dress of thoughts; which should no more be presented in rags, tatters, and dirt than your person should.”
Young man, as I conclude the first of this series of epistles, shall I not apologise for not measuring up to your standard in terms of the complexity of words used in this missive? Truly I am not the most blessed when it comes to depth of vocabulary, so let me refer you to my other friend who is more armed with verbal canons than myself. Should you find my epistle too mundane, then, you may visit the Prince of Brikama to dress my these thoughts with more fitting vocabulary. Verily, he would not disappoint you for he is the one and only man with a claim (still uncontested) “to write a thousand books with eyes wide-shut.”
Yours,
M. Sabally
The Gambia’s Pen
Former Presidential Affairs Minister, prolific author and International Speaker, Momodou Sabally is a leadership coach and youth empowerment enthusiast.

- Advertisement -
Share
Facebook
Twitter
Pinterest
WhatsApp
Previous articleThree years on the go: A reflection on the status of civic space in The Gambia after the removal of Jammeh
Next articleTurkey gives 250 bags, others to familities in WCR
Join The Conversation