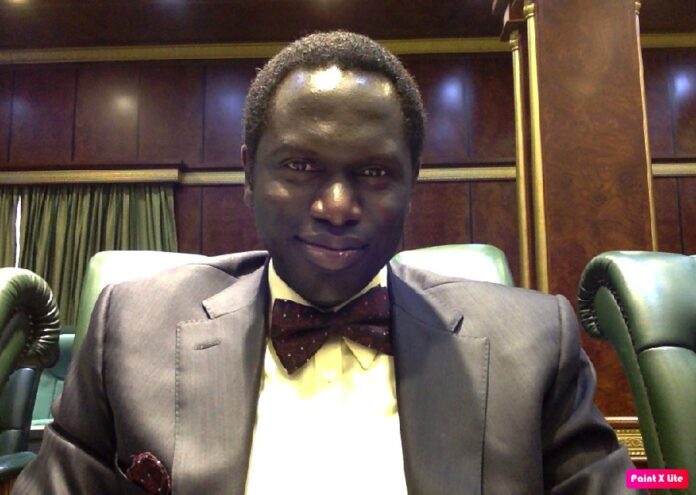 It has been a long time since we last  exchanged notes in this epistolary series. Like I told you before, your quietness is quite disquieting. What is going on my good friend? Are you oblivious of all the strange happenings in our little town or have you taken a vow of silence? Where is that claimed inspiration from the spirits of Santnagba? Have they deserted you?

Indeed, the nation craves the fruits of your blessed pen, for your mastery of our craft is uncommon.

And why would you deprive us of perspective in these troubled times when you rose to the occasion during the greater part of the Jammeh era? Was it not you who wrote that famous “letter to my uncle” that elicited responses from Dida Halake and a sequel from myself in the form of a letter to my son?

Sheriff, I still remember that your classic dubbed “letter to my uncle” was a piece of advice to our former President when he made some unsavory remarks about his opponents during a speech on the political platform. Wouldn’t you do a similar one for the Great Lion Killer of the Sahel and the Conquering Cheetah of Mangkamang Kunda?

Oh how I watched him with dismay as he threw shades at his own political godfather, as he presided over the laying of the foundation stone for the Hakalang road project.

Vile and distasteful were his innuendoes; but truly God is not sleeping. It was that same day in the evening that news broke out about a dastardly bee attack on the President’s entourage as he entered the sacred land of Badibu.

At first I thought the story was made up by the President’s political adversaries.

But once the story was confirmed by no less an authority than the President’s spokesperson herself, I joined the fray on social media for some fun analysis. My first take was this, as posted on Facebook: “What’s the relation?

‘Kumoo” means BEE in Mandingka; but it also means WORD.”

Then I took to WhatsAp to speak to my bourgeoning following under the “M. Sabally for UDP” fan page.

Without doubt, you know the meaning of the above words in Mandingka. And how can I fittingly render this statement in English without suffering the withering effect of “lost in translation” as postulated by my brilliant wife, Jainaba Teeda Sarr?

Anyway, Sheriff, the matter of bees is not a joke. Indeed Allah reveals some awe-inspiring words about bees in the 16th chapter of the Holy Quran; the chapter itself is named “The Bees”. I will share with you the 68th verse, but as you know, that verse is followed by others on the same subject: “And your Lord revealed to the bee saying: Make hives in the mountains and in the trees and in what they build.”

But down to our our traditional heritage, you must know something that I may not be able to fathom about bees and their role in our historical beefs. Oh, what inspiring tales exist about bees and their triumphant role in the defeat of the forces of Latdiorr at the hands of my ancestors in Niani, during the reign of Mansa Kimintang!

What deep history lies in the matter of the bees of Badibu, from Kerewan to the royal city of Kubandarr and the holy sanctum of my own paternal hometown of Kataba where Kelebeng Soto stands to date with her own history of a colony of mysterious bees?

Speak, my good friend, for the whole nation awaits in anticipation. Without doubt, no nation has better resources than articulated human beings blessed with enlightening grasps of the logos.

Shall we hear from you then my good friend?

The so-called Final Draft Constitution was prepared by members of the Constitutional Review Commission and on the 30th March, 2020, its Chairman, Justice Cherno...
Read more
Perspective

By D.A Jawo Constitution Bill 2020, which failed at the second reading in the National Assembly about two weeks ago, is still raging on, with...
Read more
- Advertisment -