On press freedom, where there’s no terminus 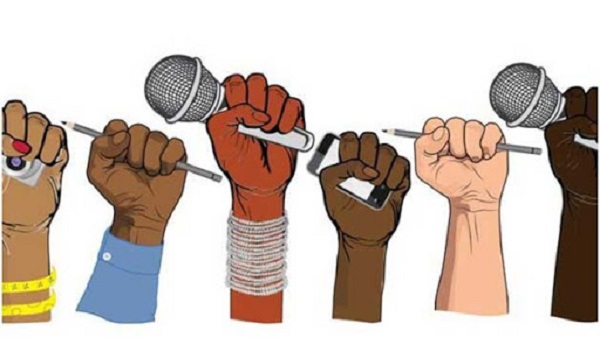 If one is to critically analyze the chequered relationship between government and the press, one need to embark on a trip down memory lane to establish a dichotomy. At the height of the political campaign to uproot the Yahya Jammeh dictatorship, the united opposition (fragmented few months after assuming power), traveled the length and breadth of the Gambia, and told the electorate that freedom of the press was sacrosanct. Given the excesses of the APRC government, it made people to believe that anyone who scathingly criticize or write against Jammeh’s policies was the enemy; therefore, that individual must be purged from society.

Riding on what was then a popular paradigm, the united front against Jammeh enjoyed raving reviews and favorable coverage from the mainstream local and international media. But every government has its own agenda, and the Barrow administration had its own interest. The national broadcaster was one of the first media houses to change leaders; the government got their new man at the helm, thus setting the tone for a newer or fresher agenda that was supposed to safeguard its interest. This was a harbinger of the scheme; all things Jammeh and APRC were thrown into the dustbin of history, and all things Barrow and the gallant efforts of a united front were the singsong.

In a foreword entitled: press freedom in a “Game” of interests, professor Nyamnjoh, University of Cape Town, South Africa states: “A focus on press freedom is an invitation to accommodate press freedom as important- as an ideal, an aspiration, a right, an entitlement. More importantly, it is an invitation to examine the dangers of uncritically internalizing and reproducing claims and beliefs about freedom”. The Anthrology professor then ask a rhetorical question; if life itself can be accommodating in its games, providing for improvisation and adaptation, why should the press and its practitioners opt for zero sum games?

The press in the Gambia depends largely on advertisement from government, the private sector and public corporations for survival. The bitter truth is that there’s no way the press can enjoy freedom to publish all types of stories lest it shots itself in the leg. Therefore, any news outlet that is inclined to tow a different editorial policy must certainly be prepared to feed itself.

A case in point is the GSM companies in The Gambia and other companies or private individuals who are always out placing ads on media outlets. Chances are that there is skeletal in the closet, who is going to reveal or conduct investigative stories on such scoop? Excuse my trite, but it is only a mad dog that bites the hand that feeds it. Which is why Prof. Nyamnjoh avers that “ the implication of this argument is that how we understand the role of journalism in Africa depends on what democratic model we draw from. ‘Under liberal democracy where the individual is perceived and treated as an autonomous agent, and where primary solidarities and cultural identities are discouraged in favor of national citizenship and culture, media are expected to be disinterested, objective, balanced and fair in gathering, processing and dissiminating news and information”. However, Nyamnjoh added that “the assumption is that because all journalists have equal rights as citizens, there can be no justification for bias among journalists. But within popular notions of democracy where emphasis is on interdependence and competing cultural solidarities are admitted, the media are under constant internal and external pressure to promote the interests of the various groups competing for recognition and representation”.

Stories of media outlets being subjected to pressure abound in journalism; it is akin to the proverbial piper who call the shots because he or she has paid for the tunes. Sometimes some private individuals or organizations will even go as far as dictating how the story should be written. The editor is compelled to bend the rules or risk loosing revenue- hard or tough choices.

In her thorougly researched book entitled: Press Freedom in Africa, Gunilla L. Faringer cited a typical case of a raucious incident which set a precedent in African journalism. “The first clash of press and colonial authority took place between the weekly, New Era and the governor of Sierra Leone. The New Era – founded by William Drape, a West Indian, in 1855- called for political and social reforms. The governor, who was dissatisfied with the paper’s editorial stance, accused it of “improper and provocative action”.

“The previous governor had contractually agreed with Drape that the paper would publish all official notices of government, and the contract was worth more than enough to pay for a year’s supply of newsprint and ink. But his successor cancelled the agreement, thus going down in journalistic history as the first advertiser to exert pressure on an editor in the African press. Afterward, Drape hit back with even stronger criticism in his editorial columns. The event set off protests among British liberals, and ended when the governor received a warning from the colonial secretary for disobeying the Queen”.

In a homogenous society such as our beloved smiling coast, the bulk of advertisement are mostly drawn from Real estate companies, which are often mired in controversies about land grabbing and shady deals. And the issues are further compounded when politicians or others who are sometimes too eager to jostle for attention are knee-deep into corruption or linked to mysterious avenues of acquiring wealth. It is not that the reporter or the editor is adverse to commissioning these types of stories; the point is that it is certainly going to close the company if the bulk of the ads are coming from that direction because no one will pay huge sums of money and read or watch stories that are inimical to one’s interest or agenda of one’s institution. And to this end, Prof. Nyamnjoh contends that “The tensions and pressures are even greater in situations where the states and governments purport to pursue liberal democracy, while in reality they continue to be high landed and repressive to their populations. When this happens, media are at risk of employing double-standards as well, by claiming one thing and doing the opposite or by staddling various margins, without always being honest about it, especially if their very survival depends it.
In conclusion, press freedom goes beyond the rhetorical situation and high-sounding statements; it is high time, the press freedom guaranteed by the constitution came to fruition. Or else, it is nothing but a mirage.

By Musa Bah Sir Dawda Kairaba Jawara was the first President of the Republic of The Gambia. After independence, he led the country for many...
Read more
Analysis