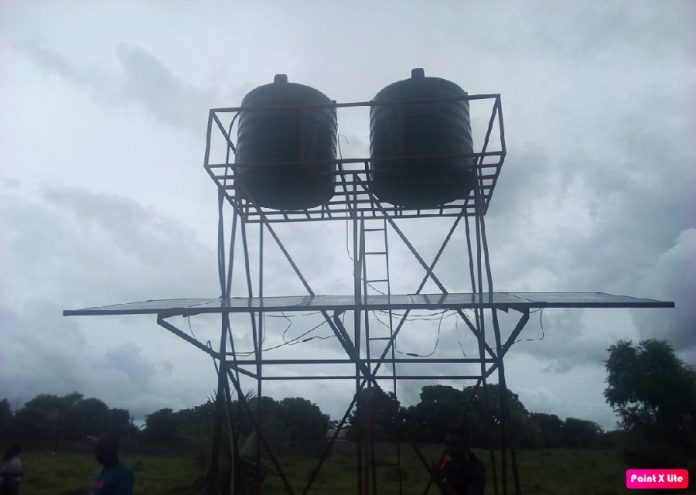 The water supply system for the community is funded at the tune of three hundred and fifty thousand dalasi (D350, 000).

Speaking at the handing-over ceremony, Mathew A. Gomez JOYE’s chief executive officer for education described the project as in line with Gambia’s policy of promoting development at the grassroots level and in line with Sustainable Development Goals (SDGs).

He added that the project is specifically designed to address basic human needs, which include water supply, health, basic education, vocational training, sanitary environment and rural infrastructure of which JOYE is embarking on.

“Access to clean water is not only a basic need of mankind, but a necessity to sustain, all forms of life in the world”, Mr Gomez said.

According to him, water scarcity and lack of access to water by the poor are among the main obstacles to full enjoyment of the right to water.

He called on the community to ensure the maintenance and sustainability of the project.

Modou Corr, Alkalo Mbollet-Ba village thanked JOYE for the project he said will benefit a lot of households in the community. He pointed out that they have been faced with water shortage for a long time and therefore also appealed to others for another borehole as the community is very big and requires water for their survival.

Mbollet-Ba Village Development Committee chairman Baba Bah thanked Paradise TV for visiting the community to find out their constraints and ensure they get assistance.

Mariama Joof appealed for electricity and a health post for the community which is one of the biggest in the region.

Ebou Njie, a native of the community said one cannot worship Allah without water and therefore thanked JOYE for the project.

JOYE’s North Bank representative Amat Joof said they have been supporting education and agriculture across the country.

He called on others to complement government’s efforts in bringing development to the grassroots as government cannot do it all alone.

JOYE is a U.S non-profit organisation providing a beneficial learning environment for underprivileged children in The Gambia through education assistance.