PDOIS NAM explains why he refused the Yundum plots 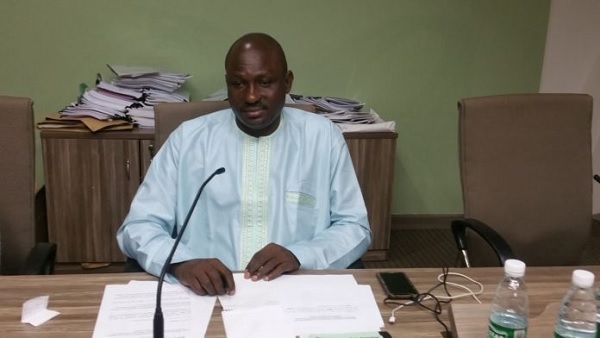 Last year the government allocated plots of land in Yundum to National Assembly Members and other senior government functionaries. As in case of the Ford pick-ups earlier in the parliamentary term, the members of the PDOIS declined to accept the land allocations.
A year later, the indigenous families in Yundum have mobilised under the aegis of the village development committee and are up in arms against the government over the allocations. They have told the parliamentarians to keep their hands off the land or develop it at their peril.

Last week, the Ministry of Lands said the onus is on the villagers claiming to own the land to prove their ownership.
Ousman Sillah, the representative for Banjul North said the PDOIS members’ rejection of the land was not based on a decision of the party but “a mere convergence of principles”.
He explained: “People are entitled to own their land and the state also has power to be allocating land. But for me, I felt that I have come to serve. By the way, this doesn’t mean that any National Assembly Member allocated is doing something wrong. But as for me, I felt that I don’t want anything to distract me from what I am doing because I have come to serve. I don’t want anybody to see that I am taking advantage while others did not have access. Based on this principle, I said no, I am not going to receive anything that is privileged by virtue of my position as National Assembly Member. So, on that basis, I decided not to take the offer.

“I don’t think anything can derail or distract me from what I have chosen which is to serve without any personal gain. Of course, I want to be recognised as someone who has sacrificed for this country. I want that legacy. It’s personal. I want to be counted among those Gambians who have given their everything to serve this nation, to see that The Gambia is a better place for every Gambian irrespective of party, religion or region. So nothing can induce me.”

Asked whether his decision to reject the land was based on a party position, Sallah said: “We did not sit down to take a position on the issue. We have never done that. There has never been an instance when we sat down to discuss it. We are all out to serve. It’s just like-mindedness and convergence of principles. The principle is we do not want people to be pointing fingers at us to say these people have been taking advantage of their country. We are out to serve and we want to do it selflessly.”