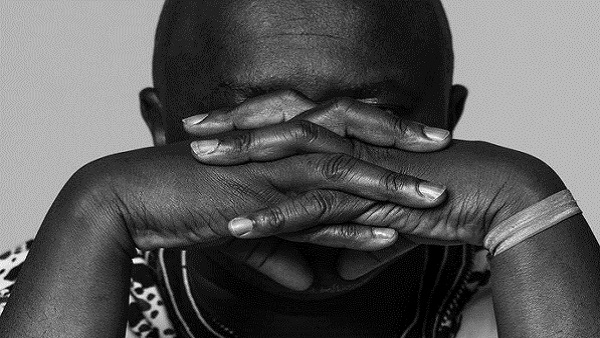 The pandemic has struck hard all over the world and we still live in fear for what the experts call “a second wave”. So many have died, others who have recovered have a long and painful way to go before they recover. Businesses have lost income, some of them are bankrupt and others are on the brink of it. Through social media we keep updated on the situations all over the world. Internet is a marvelous invention, when it is used to spread information. The world is still large, but it has become smaller thanks to the internet. The distances don’t matter so much anymore, we can be in contact with the ones we love and care for in an easier way than before. Through internet we also hear about the suffering our loved ones are going through.

It saddens me to hear how hard life still is for the people in my beloved Gambia. The human rights that all humans should be guaranteed doesn’t seem to apply on The Gambia. There seems to be fear among the rulers of the country, that now when people are free they still must be a bit oppressed because heaven knows what would happen otherwise. The oppressors are among us and they are still as afraid as any oppressors have ever been. For an oppressor it is important to control people and not to let them get too much of the good taste of freedom. What if the people suddenly would begin to demand benefits for themselves?

No, let the education system remain bad, let the level of literacy remain at 50%. Let people starve because if they are too hungry they don’t have the strength to demonstrate. Let people die because of lack of health care, new kids are born every day and it takes several years before they are old enough to demand their rights.

As long as the people are kept in place, and intimidated hard enough to be obedient, the rulers of a country can remain in their positions. The colonizors didn’t want the oppressed people to reach the same level of education as them. Heaven forbids that black people would have the opportunities to study so they could learn their rights! The Gambia is not colonized anymore, but the same mindset as the colonizers had seems to have rubbed off on the current leaders.

As long as the level of literacy is as low as in The Gambia, it will be hard to make a change for the better. What about all the people in the government, the president, the ministers, the NAMs? They have all been through the same education system as other people in The Gambia, but we all know that it is not about WHAT you know in The Gambia – it is about WHO you know. Last week I wrote an article called” scratch my back, and I’ll scratch yours”. This is what it is all about; giving each other benefits and trust that the other will keep you safe when life is stormy.

It has been stormy in The Gambia, not only the ones we see while we are in the middle of the rainy season, but other kinds of storms. Once again it has become obvious that freedom of speech and expression is not respected in The Gambia. Some have really sore toes and it is hard to avoid stepping on them. I think that none of us has been able to avoid what has happened to our great human rights defender Madi Jobarteh. Madi is a great friend of mine, and I admire him. He has taught me a lot, and it was Madi who encouraged me to begin to write articles. Madi is a truth-teller and he is unable to hold back whenever he sees injustice. This is not making him popular among people with ”sore toes”. When I am writing this, I have no idea what will be the outcome of this drama, but I hope and pray that it will go for the best.

All this is making me wonder: is democracy just a facade in The Gambia? A label put on something broken to make us believe that it is unbroken, like a sticker placed on a surface to hide that there is a big hole underneath. Is it a smart way of getting more aid from the Western world, while people still blame us for all your misery? A lot of the misery in The Gambia is caused by your own, and it doesn’t matter if you turn yourself inside out – it is still the truth. The problem with truth-tellers is that we don’t get popular because our words sting. Our words force others to begin to question themselves and their actions, and that can sometimes be a painful process.

Believe me; we are just as hard on ourselves as we are on others; some introspection is healthy for the mind and the ego. We have high demands, but we also have high moral standards. Among ourselves we question each other, we debate and discuss, but the respect is always there. A democracy has respect and freedom as its foundation, respect for human rights and freedom of speech are two examples. In a democracy you have the right to express your opinions, as well as others have the right to disagree with you. It goes both ways, and no one should ever have to fear that it will come to repercussions just because you have exercised your human rights.

For people who have been oppressed for a long time, it is not easy to change habits. It is the same with people who have had power during the time of oppression; they need to change their mindset too. Communication is crucial in any kind of relation, it doesn’t matter if it is between spouses, in a family, at school or in a state. Instead of spitting fire and fury it is better to calm down for a while and then communicate with the one you need to question. An invitation to a police station is making anyone feel as if he is going to poop his pants, just as when he was called to the headmaster’s office as a child. Nothing good could come out of it, and trying to make it sound more attractive by calling it an ”invitation” is not fooling anyone. The word ”invitation ” could as well be spelled “inquisition”, because you know that you are in trouble, you know that someone has the power over you but you don’t know how this person (or these persons) will use their power. This method is medieval and we have other and better methods now. The world has changed, societies have evolved. The Gambia has to catch up – the world is watching!