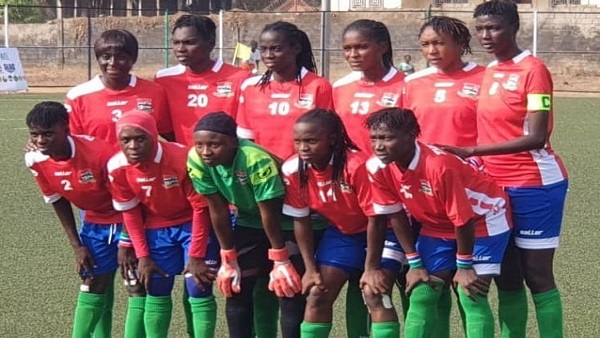 The Women Football Association executive committee was yesterday invited by the women football sub-committee of the GFF which presented them its proposal for the disbursement of the D25million Fifa Covid-19 relief fund given specially to women football.

Last night The Standard reached out to the women football club representatives who informed this medium that they in fact met over the sub-committee’s proposal at a meeting yesterday and rejected it outright.”We have made our own proposal which is as follows: Each of the 17 female league clubs D1million, the Women Football Association D1million, the regional associations D300,000, each. This means there will be a balance for D4.9million which will be banked for technical training courses such as C license course etc. We reject using our money for national teams, or buying vehicles or medical items because that is government’s responsibility among others,” a member of the clubs told The Standard.

The Standard contacted GFF first vice president Bakary Jammeh on the proposals: ”That could be just a thing between the women sub committee and the association. As far as I know the decision as to how the Covid-19 money will be spent will be determined by the general assembly of football on July18. What the GFF can do is to make proposals based on the guidelines provided by Fifa and present it to the assembly which can cut, add, approve or reject and do whatever they wish. Our approach in this whole thing is to be as transparent aspossible an d allow the football stakeholders to decide” he said.