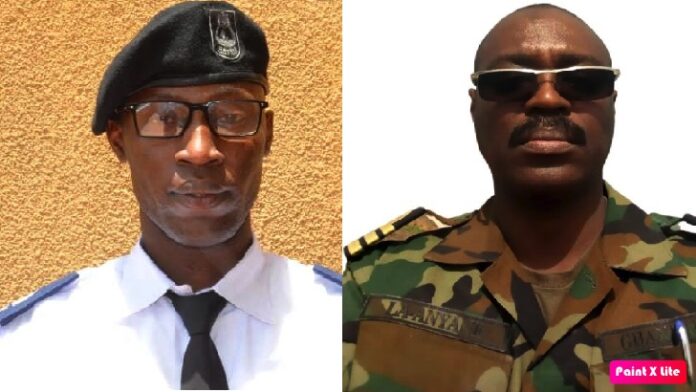 The police have confirmed receiving a complaint about an alleged rape attempt by an unidentified Ecomig soldier currently with the West African troops stationed in Mangkamang Kunda.

The unidentified soldier has been accused of attempting to rape a 16-year-old girl in the Upper River Region.

Impeccable sources told this medium that the girl was coming from welcoming the president who was visiting project sites in the area on Friday with her friend when they were allegedly followed by two soldiers they identified as Ecomig.

“We can confirm that the matter has been reported to the police and an investigation is opened into the situation,” police spokesperson Superintendent Lamin Njie told The Standard yesterday evening.

Family sources have informed The Standard yesterday  that the individuals who helped the young girl escape have recovered a knife the soldier was carrying but it was allegedly taken from them by the forcess’ commander at Mangkamang Kunda. Sources also revealed that when the girl returned to the scene to pick her shoes and other missing belongings, she recovered the soldier’s boots and cap.

“We can also confirm to you that the clothes the girl was wearing were torn to pieces by the soldier when he attempted to rape her,” a family source alleged.

When contacted for comments on the latest developments, the West African troops spokesperson, Commander Andy La-Anyane said he has been trying the commander of the forces which were in Mangkamang Kunda but he could not get him because they have already left for Banjul. He promised to get back to this medium the moment he received any information regarding the new development.

Concerned about the issue, the National Assembly member for Jimara Alhagie Sowe shared a write-up with The Standard strongly condemning the alleged attempted rape of the 16-year-old girl.

“I strongly condemn this alleged behaviour. I also demand a thorough investigation into the matter and anyone found wanting should be punished by the law without fear or favor. It is a primary duty of the government to protect the young girls in the country.  This alleged case is sensitive, I urge the police to mount an investigation into the alleged crime in the interest of justice,” he said.