YOUTHS URGE BARROW TO EXPLAIN NEXT STEP AFTER DRAFT FAILED 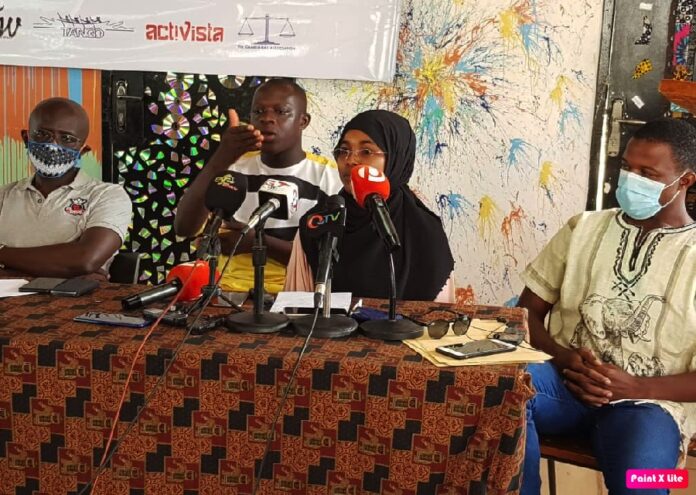 The National Youth Parliament has issued a statement calling on President Adama Barrow to address the nation on the next steps his government intends to take after the death of the draft constitution especially as it relates to the youths.

The NYP, a representative advocacy network of young people established in 2002, joined a host of other organisations to share their frustration over the rejection of the draft constitution.

“This decision is a stab in the back of young people! The life of many young people in the country is mired in a sea of uncertainty and hopelessness as young people across the country continue to face daunting challenges in their everyday lives,” NYP said in a statement signed by Fatou M Jawo, the Deputy Speaker of the youth parliament.

The NYP further continued to  address the president: “Access to higher education remains a major problem, and the few that managed to gain this education face numerous stumbling blocks on their journey to a better life, with job opportunities virtually non-existent, forcing many to seek opportunities elsewhere and when this document appeared to provide a ray of hope by providing access to employment, education, training, as well as protection of young people from all forms of abuses, you deliberately blocked it. It is this document too that youth empowerment is a right and not a privilege and rejecting it means you do not care about the empowerment of young people.”

“As young people, we feel heartbroken, betrayed and rejected by your actions and September 22 2020, will forever be remembered by us as a Day of Betrayal. Mr President, in times like this, you cannot remain silent. Your government tabled this bill to the National Assembly again and it is only wise that you speak up. You promise us this constitution and it is your duty to chart a way forward by clearly detailing what the future holds for this document. “Therefore, we demand that you (President Barrow) urgently address the country on the next step for the Draft Constitution, 2020. We are equally calling on National Assembly members to put aside their differences and work towards finding a common ground before this bill is re-tabled for reconsideration which we hope will happen in the soonest possible time.”

Meanwhile, the Minister of Justice Dawda Jallow on Sunday told For The People By The People Show that the government is now planning to resurrect the document by appointing an independent body of stakeholders that would be tasked with the responsibility of ensuring there’s common ground.

“We want the process to be led by people we can trust, not me. Our role here as a ministry is to facilitate, probably raise the necessary funding and logistics to support that process. This would be led by people that can be trusted and their objective is to get the necessary consensus around the document. The document failed because there was no consensus around it. If they can help us reach a consensus, it’s a political process, we cannot divorce politics from this. It is a political process. The parliament, a lot of politics goes in the parliament. So we need to get them on board. We need to find a way,” he said.