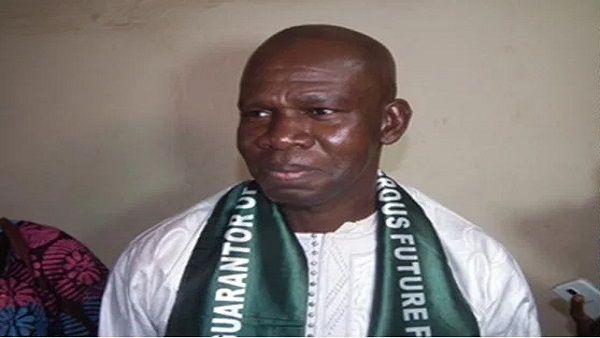 The police investigations started when Madi and Nyang lodged a formal complaint to the IGP about Rambo’s recent remarks.

Rambo Jatta recently released a WhatsApp audio attacking the two activists.
He said Nyang Njie is too diminutive to be handled, describing his legs as smaller than those of a mosquito, warning Mr Njie to watch his tongue.
Rambo also attacked Madi Jobarteh, saying he is as short as ab**t, warning that APRC is preparing for him too.

Explaining why they reported the matter to the IGP, Madi Jobarteh said: “I received an audio around mid-May where Rambo was addressing his APRC people and in the middle of the audio he turns to Nyang Njie and myself apparently because he is not happy with our criticism of Yahya Jammeh…so he said they will deal with us…lot of derogatory remarks against us”.

“I know Rambo to be a lousy useless guy and he cannot do anything to me likewise Nyang Njie, but also it is not to underrate a threat because we consider his remarks to be a threat to our lives and personal security and it constitutes incitement to violence and any other overzealous member or supporter of Yahya Jammeh can pick that up to feel that he needs to harm us. Rambo is the deputy party leader of the APRC, inasmuch as you disagree with your critics you can respond to them because we have freedom of expression,” Jobarteh said.

Jobarteh said they have also written to the IEC informing them that Rambo’s comments violate the Election Act and the campaign ethics and that they should take action against him. “We also copied the inter-party committee, APRC itself and the national Human Rights Commission,” he said.