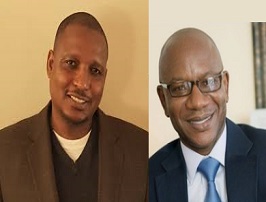 The legal battle involving the newly-elected leader of the People’s Progressive Party, Papa Njie and three others, has taken another significant twist as the party itself has been added in the lawsuit as the fourth plaintiff.

Mr Njie was elected leader of the former ruling party at the party’s congress last December.

But few days later Alhaji Yaya Ceesay, Dodou Taal and Papa Faal, mainly supporters of Mr Njie’s opponent at the congress former vice president BB Dabo, instituted a legal action at the courts seeking a declaration that Mr Njie is not a bonafide member of the party and was not properly appointed.

The trio are also seeking for the court to set aside the election of Mr Njie and Mr Alhaji Lamin Nanko as national president on account of it not being in accordance with the party’s constitution.

In the latest twist the plaintiff’s lawyer Ida Drammeh later filed an application for the court to add the PPP as the fourth plaintiff.

The application was objected to by Lamin Mboge, lawyer for the defense. He argued that the people who brought the suit are not the competent authority to do so.

Lawyer Mboge also argued that the plaintiffs, even by their party’s constitution, are not empowered to bring the suit and subsequently asked the court to rule against the plaintiff’s application.

But delivering a ruling on the matter yesterday before a full court room, Justice Bakre of the Banjul High Court said after a thorough reflection on the applications and counter applications made by the lawyers, the court has concluded that the PPP is not only an interested and necessary party but it is mandatory that it is joined as a party to the lawsuit.

“In view of the above I hereby join the People Progressive Party as a fourth plaintiff in this lawsuit,” Justice Bakre told the court.

He further cited that a person who is interested in a matter or who has suffered or may suffer legal grievance or a party based on the decision that has been made may be included in the case.

He said the variety interests in determining an applicable joinder are whether the issues that call for determination cannot eventually and completely be settled unless the partisan to the joinder is made a party.