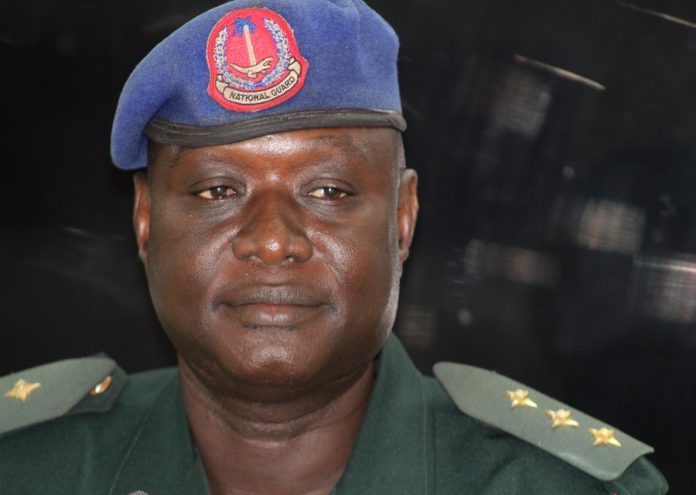 In December 2016, then President-elect Adama Barrow had given money to his guards to buy cutlasses to defend themselves and beef up security around him when former president Jammeh refused to quit power, the truth commission heard yesterday.
According to witness Lamin Saidy-Khan who was part of Barrow’s security team at the time, Barrow gave them money to buy cutlasses to guard him.

“We took the risk upon ourselves to guard him, but it was very risky,” said Captain Saidy-Khan, a former soldier dismissed by Jammeh who has since been reinstated as motor transport officer at State House.

He said at the time, Barrow’s guards only had stones to protect him and family until they joined forces with a Senegalese security team and managed to get an AK 47.
“At night we would put stones on the road leading to his house and then we would take cover to avoid any intrusion,” he explained

According to Captain Saidy-Khan, president-elect Barrow was under intense security surveillance by the members of the patrol team (Junglers) who used to conduct regular security checks around his residence at the AU villas in Brufut.

He said on one occasion, Jammeh’s troops attempted to get the president-elect while he was traveling out of the country with former Liberian president Ellen Johnson-Sirleaf.
“Barrow was going with Ellen Johnson Sirleaf to the airport and a plan was made to get his convoy separated from Sirleaf’s so that they could get him but when we received the information, we plotted a plan whereby my vehicle got into an accident with intruders’ cars and their plan failed,” Saidy-khan told the TRRC.