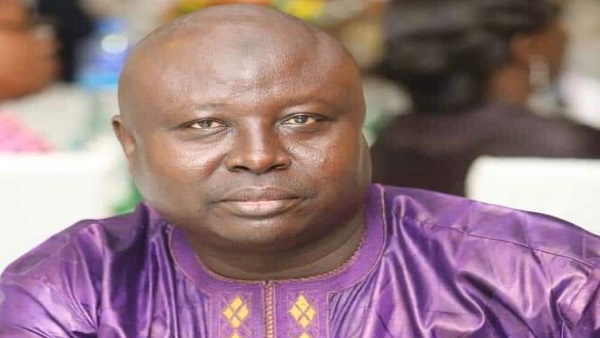 President Adama Barrow’s political adviser has said the president has no cause to make a public remark on the rejected draft constitution because “he does not dictate people’s conscience.”

The president has since been accused of masterminding the rejection of the draft constitution fuelled by his perceived reluctance to make public comments as deadlocks over contentious provisions of the draft remain.

Last week a consortium of political parties, civil society and religious organisations agreed on a resolution to task the president to facilitate a national dialogue in a bid to iron out the deadlocks over the draft.

But speaking to The Standard on the sidelines of the inauguration of a D50 million exercise book printing machine at the GPPC annex in Kanifing, Siaka Jatta argued that President Barrow is not the “Chief Justice or Attorney General” to oblige him to be giving public speeches on the draft constitution.

“One thing I know in him [Barrow] is that he does not dictate people’s conscience, he does not dictate the position of any one, so it would not make sense for him to be speaking for or against things he thinks ought to be in the draft. He has done his part from the onset and the draft was rejected by the parliament which is an independent arm of government,” he added.

Asked if Barrow’s camp will continue to oppose the draft if their perceived concerns failed to be addressed, Jatta said: “It was not us who were against these things but the Gambian populace. These are concerns of Gambians and it was manifested by the rejection of the draft by lawmakers as the people’s representatives.”

The political adviser further argued that the president would be seen as doing a campaign if he should be out telling National Assembly Members to support or reject the draft because they [NAMs] are autonomous.

Asked if this does not demonstrate the president’s lack of interest in reforms as promised during his campaign, Jatta said the president’s commitment to reforms has been demonstrated even before the establishment of the Constitutional Review Commission, citing the introduction of the security sector and civil service reforms.

“Whether he speaks or not he has established structures on the ground that are doing the reforms. As a president, he can only advise but not to instruct people to either support or reject the constitution,” Jatta said.

Responding to queries on why NPP selected Seedy Njie to represent the party at the Abuja constitution talks, Jatta said Seedy was not there as an official representative of the party but a supporter.

He said the party was represented by its administrative secretary Mambanyick Njie, who tagged along with Seedy.

“Seedy is just a supporter of the NPP so he was not there to represent us. He was there with Mambanyick Njie who is the party’s administrative secretary. But people only speak about him [Seedy] based on negative points. Every party has one official representative but that did not stop other members of their parties to attend, so why should Seedy’s presence be a case? The UDP went with three representatives,” Jatta added.