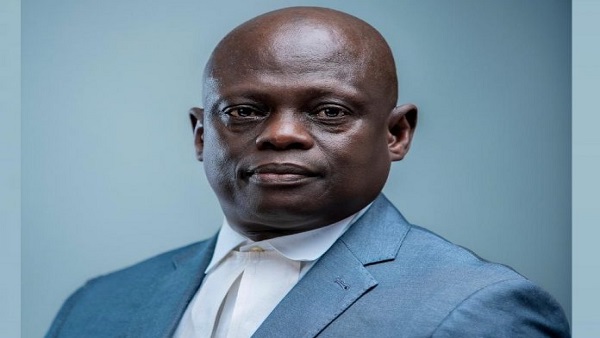 As the debate on the two-term limit in the draft constitution rages on, a leading constitutional lawyer has agreed with the cabinet that President Barrow’s first term cannot start from 2017.

The Standard published the cabinet’s concern about certain provisions in the draft, among which is the two-term limit which bars President Barrow from running after 2021 election.
Speaking as a panelist on the Paradise TV national discussion on the final draft constitution Saturday, Barrister Lamin J Darbo, while picking out what he described as “too many conflicts” in the final draft constitution, said if Barrow wins next election, then his first term should start from there.

“There is a fundamental issue in the constitution: retroactive application of constitutional provisions. It is in the 1997 constitution Section 102 C. The president’s right to serve as president is vested. In this other constitution also, the same thing. No retroactive application. So the president’s term cannot start from 2017. Whatever you think about it; whatever your views about the president and his government, what we must always do is to ensure that we are fair in our national conversations; ensure that we abide by the rule of law; it is very important. And the rule of law is really scuttled as far as commencing the president’s two-year term from 2017. This of course is a democratic process, but are we assuming that the president is going to win in 2021? Even if that assumption is correct, his term should not start from 2017. That is something we need to look at,” Darbo said.

Barrister Darbo agreed that the executive has held on to the draft longer than necessary but the agenda of the executive often spoken about is actually legitimate.
“Some people say the president should take it the National Assembly; I agree it spent a lot of time with the executive. That is needless. And the executive also has its own agenda but that is legitimate because the executive is a legitimate stakeholder,” he added.

However, countering Barrister Darbo’s position, Dr Ismaila Ceesay, a founding member of the Citizens’ Alliance and a political science lecturer at the university, said ten years are enough if the country wants to put a stop to self-perpetuating rule.

“Most of the things in this constitution are the general will of the Gambian people. It is what the Gambian people have said based on consultations,” he said. “Let’s say his term starts from 2021 and because of incumbency he goes on to win next two elections, that is 15 years. What is the difference between 15 and 22 years?”
The panelists also included Ya Kumba Jaiteh, a National Assembly member, Fatima Jawo, a youth leader and Prof. Abdoulie Saine.