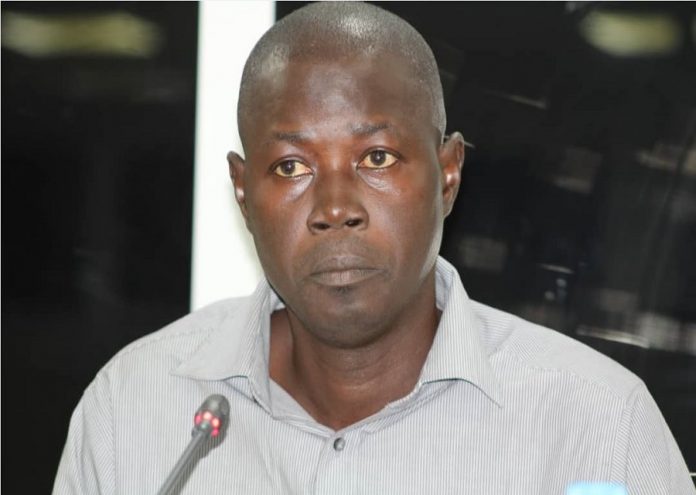 The man nicknamed ‘Chief Torturer’ by prisoners at the state central prison at Mile 2 in Banjul, suspended commissioner Ebrima Jammeh, has admitted using“torture methods” including beatings to extract forced confessions from inmates.

Jammeh, a native of Foni Jarrol has been adversely mentioned by witnesses including prisoners and officers testifying at the ongoing session of the Truth, Reconciliation and Reparations Commission for torture of inmates and maltreatment of officers.
In his testimony yesterday marred by self-contradictions, Jammeh a former director of operations at the prison confessed to the torture of prisoners Lamin Jah and Soriba Condé after protracted denials.

He told the commission that Jah and Condé, both serving life sentences, were tortured to get them admit their involvement in drug and mobile phone case in the Mile II security wing.

“I beat them out of anger because as prisoners I believe their dealing in drugs and mobile phones while under incarceration will deter their rehabilitation to become good members of the society,” Jammeh said.

He alleged that it was the prison’s former deputy director who sanctioned the use of torture to extract confessions from the two lifers adding that when the officers were beating Jah and Condé, he “only took the stick and made few lashes few strokes on them”.
Jammeh also admitted responsibility for several other tortures, abuses and maltreatment carried out by his subordinates on prisoners including Derrick Bright and Makodu Jaiteh.
He also accepted that he had not acted responsibly to institute disciplinary actions against the illegal conduct of his subordinates found beating inmates.
However, Commissioner Jammeh vehemently rejected that he was dubbed ‘Chief Torturer’ due to his cruelty.

He argued that what he understood from the meaning of a torturer is a person whose work is only to torture and that was not his job.
He finally appealed for forgiveness from his victims.

3 years suspension without pay
Commissioner Jammeh and Inspector Malang Tamba who has also confessed to torture decried a violation of due process for the blocking of their salaries for the past three years as authorities investigate allegations against them.

“I am still a member of the Gambia Prison Services, I am not dismissed or discharged from the service but since 2017 when I was called for investigations up till date, I have never been paid. My salary is totally blocked,” Tamba told the commission.
“I know that I have wronged some people somewhere perhaps that is why all this is happening to me and that is why I need their forgiveness,” he observed forlornly.