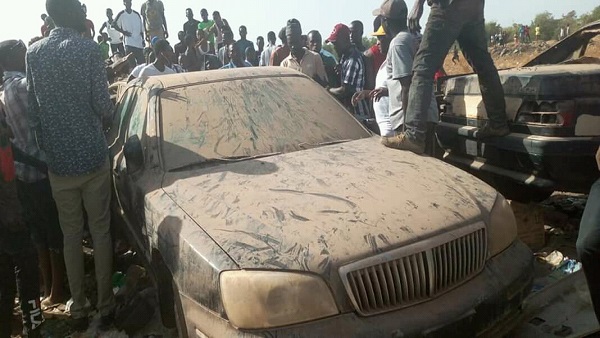 A source close to the police has told The Standard that preliminary investigations into the mysterious death of two children, whose bodies were found inside an abandoned broken car at Tobacco Road, have not so far seen any indication of foul play in their death.
The children, Fatou Camara 5, and Omar Conteh 6, initially went missing for days prompting a massive search by both police and family.

On Monday, the kids were found dead inside a dusty broken car abandoned in a mechanic garage in Banjul. The discovery led to wild speculations as to what had befallen the innocent children with many fearing they could have been killed and dumped in the car.
However according to our source, the investigations though at a very early stage, have not seen any indication that the kids were murdered.

“The bodies were found intact with no tampering with any parts or traces of blood. There are also indications that the doors of the abandoned car could only be opened from outside and its window glasses and the entire car are covered with dust.

There is a strong possibility that the children may have got into the car, locked the doors and were unable to open it. Long term exposure to conditions in a locked car could lead to suffocation. The kids might unfortunately have found themselves locked in the car with no means to open it from inside. With locked doors and wind up window glasses thickly covered with dust, chances of passers-by discovering the kids can be remote,” our source suggested.

Meanwhile another source has said that police initially called in a female suspect residing on Tobacco Road but she was let go after nothing tangible was found linking her to any suspicious action.

Meanwhile The Standard also contacted Mayor Rohey Lowe who said people must allow the police to complete their investigations.

The Mayor, who visited the families of the deceased to extend condolences, said the incident is an unfortunate tragedy about which every Banjulian is sad.
The Police would not comment on the theories being bandied on the strange development, only saying the matter is still being investigated.