Protest is not violence. It is an undeniable right! 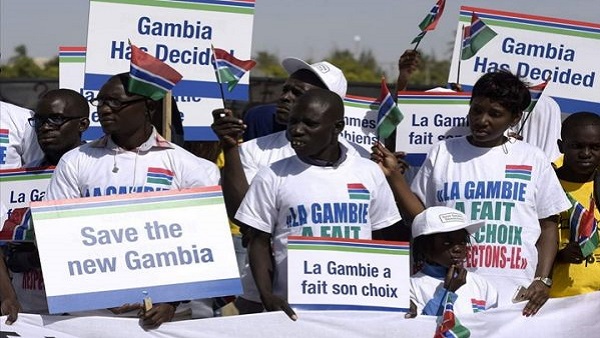 The Gambia Constitution was approved in a referendum in 1996 and came into force in 1997.

In that Constitution it is categorically stated that each and every Gambian has a right to freedom of assembly which can only be limited but not denied.

The Constitution did not say in any place that the right to protest can be denied or taken away.

Therefore no one has the authority to deny Gambians to protest.

Not the President nor the Speaker or the Chief Justice and certainly not the Minister or the Governor or the IGP has that authority and power. Never.

Limiting or restricting a right is not the same as denying a right.

Limiting a right is to postpone its enjoyment now till later or reduce the extent to which it can be enjoyed or change the format, venue, date or time of the exercise of that right.

For example, limitation could mean not allowing the use of certain words or pictures or sounds in a protest because such would damage public morality or peace.

In such a case, protesters could be asked to get alternative sounds, pictures or materials just so they enjoy their right.

This is what the Constitution suggests when it said that certain rights can be limited because those rights are not absolute.

This is why the current Public Order Act is unconstitutional because that act has given power to the IPG or the Governor to totally deny the right to protest as he likes.

It was shameful that the Supreme Court went ahead to certify that this obnoxious Public Order Act is in line with our Constitution.

The Public Order Act is a violation of our Constitution and the Supreme Court Justices know that very well because they are all well educated in law and human rights.

Therefore Gambians, do not listen to any State official such as ministers, judges, security officers, governors, chairpersons and mayors or any other person who tells you that the right to protest can be denied.

Freedom of assembly otherwise known as protest or demonstration is an indispensable tool in the hands of citizens to promote and protect democracy and ensure good governance.

It is through protests that citizens discipline public institutions and officials as well as the private companies to make them transparent, efficient and accountable.

It is through protests that we ensure that quality public goods and services are efficiently delivered to the people.

Secondly do not let anyone confuse you that just because violence erupted during a protest therefore protests are bad.

The Gambia Constitution recognises only protest without the use of arms or violence.

This is the language of the Constitution.

Hence anyone who engages in protest and you commit any violence then the law should consume you.

The Gambia Constitution has no room for vandalism, looting, burning and throwing stones.

These actions are not part of protest and anyone who engages in such violent behaviour then you are not a protester rather you are a looter, vandal, rioter, stone thrower and destroyer.

Such a person must be apprehended by the police and dealt with according to law.

Period. We must not let them use bad elements as an excuse to steal away our rights.

Rather we ask the police to monitor protest events and if they see any bad element burning or throwing a stone let them arrest him or her. That’s all.

International law to which the Gambia is a signatory imposes an obligation on the States to create the enabling environment for citizens to be able to protest and ensure that the police protect that protest.

In fact, the African Commission on Human and Peoples’ Rights has stated that African Governments should allow citizens to only notify the authorities when they wish to protest so that the police can be informed in good time to prepare in order to provide security.

But the Africa Commission, just like international law, rejects any law or regulation that requires citizens to seek permission before they protest. They further state that failure to notify the police is not even a reason to deny a protest.

The African Commission went further to state in its guidelines for freedom of assembly in Africa that the Government must also accept that there can be spontaneous protests which are neither planned nor organized by any group.

Such spontaneous protests must be also allowed and protected by the police.

The African Commission still went further to state that during protests the Government must not close down the internet.

In fact, international law states that where protests will not disrup

t traffic or cause major public inconvenience there is no need to even notify the police.

So, my fellow citizens do not allow anyone to confuse you with their false narratives about protest with the intention to scare and suppress us.

We have freedom today thanks to protests by Gambians at home and abroad at various times.

No modern democratic society functions well without citizens taking to protests. The Gambia cannot be different.

Hence, we will not come this far only for some minister or IGP or spokesperson to tell us that protest is destroying our country.

No Way!
The vast majority of Gambians are law-abiding and peaceful citizens who will not vandalise, loot or burn down their country.

Our people just want to express their grievances peacefully and go home.

This is why anytime citizens have a permit to protest it goes off peacefully without any violence.

Violence only takes place when the Government uses the police to deny permit and clampdown on protesters.

So, who causes violence in the Gambia?
Gambians love and respect their police officers. Only criminals do not like the police.

Gambians value their police because we know that the police are here for our security and safety.

But while we appreciate our police, Gambians will not also condone the use of force and violence by the police.

We will not condone torture and extrajudicial killings and abuse of power by the police.

Standing against police brutality is not the same as disrespecting the police. So, let no one confuse you!