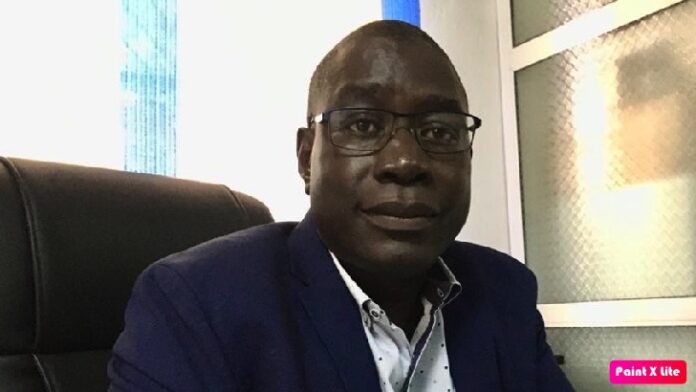 The permanent secretary at the Ministry of Fisheries and Water Resources, Dr Bamba Banja has strongly rejected any suggestions that he was the one in an audio widely believed to be his voice in a telephone conversation with an unnamed minister discussing an alleged bribery transaction.

In the audio, a voice could be heard calling someone he referred to as minister informing him that he was with “these people who have given me D100,000” and that he had told them of the severity of their crime.

In the same audio, the same voice could be heard explaining to another man that he had to share that money with the minister.

The audio, which is widely spread on social media, was interpreted by many to be the voice of Mr Banja allegedly receiving D100, 000 from a fishing vessel which might have breached the law and that he might have been talking to his minister.

When contacted over the matter, Mr Banja said he was not the one in the audio, adding that some people just used his voice in an attempt to discredit his reputation and good work.

“I am not associated with this audio nor too is the minister. We strongly condemn it because we have a duty to develop the sector but not to accept bribes.  It is not correct and it is not true. Some body somehow used my voice to try to implicate me but we are not surprised considering the success of the Ministry and what it has achieved in terms of contributing to national socio-economic development,” Banja said.

He said it is despicable for a public officer of his standing to be associated with such a thing.  “I have worked as a coordinator of the USAID project when I was the sole signatory to both the dalasi and dollar accounts. I have not misused that money and even at government level here, I have not embezzled and I strongly don’t entertain corruption,” he added.

Dr. Banja said his ministry is working “very hard to implement the NDP” and it cannot be distracted by the allegations. “Anybody who knows Dr Banja both in the industry and the artisanal sub sector knows my undiluted commitment and dedication to work,” he posited.

He said the Ministry is doing its utmost to get to the source of the audio, saying “once it is established, a legal redress would be explored.”

Dr. Banja explained that before 2017, the revenue generated from fisheries was around D27 to D30 million, which excelled over D178 million within its first year in office.

“We have created employment for over 1036 young people within the same period. We have instituted systems in our administration that are not bureaucratic and even payment of cash is not handled by the accountants here but rather they go to the Central Bank,” Dr. Banja explained.

He said this is not the first time that this kind of thing is being done to him. “The other time they even dragged my parents into their scheme. In fact, this audio has been circulating around for months now. It is not new; I have had interviews with some journalists about it. I have spent nearly 40 years in service and never at any time have I engaged in any malpractice. I challenge the one who made the audio to come forward and we follow the course of the truth,” he concluded.