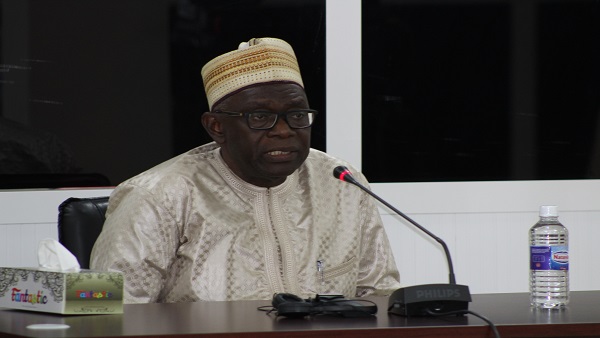 Amadou Sanneh, a former finance minister has said that President Barrow’s attempt to remove the Governor of the Central Bank of The Gambia for reasons unexplained is an indication that he is following the footsteps of his predecessor to control the country’s financial institutions.

Bakary Jammeh, who was transferred to the trade ministry, declined the ministerial appointment vowing to see off the remainder of his 5-year contract as Governor of the CBG.

Under the CBG Act, the president can only remove the Governor after appointing an independent tribunal to investigate and report to him.

Speaking to The Standard, Sanneh, an economist said Bakary Jammeh’s removal without any justification runs against the law and defeats the spirit of institutional building needed in the transition to rectify the wrongs of Jammeh’s economic mismanagement.

“It is former president Jammeh’s play book that they are copying. Anybody who is doing well, they want to remove him and it is not only The Central Bank we know of but all other key institutions including Gambia Ports Authority and Social Security and Housing Finance Corporation. It is like they don’t want people who are striving to put sanity in our economic system in our institutions,” Sanneh said.

He continued: “Gambians should be worried because this is a Jammeh copycat. Jammeh laid his hand on all the resources of the country and if we see something similar, everybody should be worried”, he warned.

Sanneh added that it is senseless on the side of the Government to remove a “progressive winning” team that has taken real efforts to improve the apex bank by controlling inflation and picking up reserves.

“By removing and replacing whoever you want in these key positions amounts to just wanting people to be dancing to your tunes and not doing the real economic management that is required at that level. We can only say from the way this government is operating, they just want to put people that they think are their own boys to run certain key institutions,” Sanneh said.

Meanwhile, Governor Jammeh has spoken for the first time since his attempted removal from office by President Adama Barrow.

In an interview with King Radio yesterday, Jammeh who already declined the position of a Trade Minister, said his contract still runs valid and he has no intention to give up.

“The CBG is governed by an Act and that the removal of a Governor goes with procedures. It is a 5-year mandate which can only be terminated on grounds of recommendation by a special committee.”

Asked if he plans to institute legal action against the president, Jammeh said: “My contract is still running in accordance with the CBG Act. You speak to any lawyer, they will tell you that my successor’s appointment letter was not valid. I am currently in discussions with my legal advisers to determine our next step and whatever they advise, we will go with that.”

Jammeh said the entire CBG were dismayed with the decision. “It is unexpected and all the staff were shocked. I have even seen some of them weeping over the decision.”