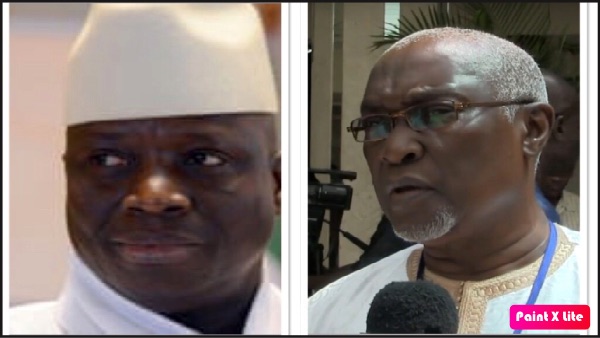 I was searching for information about the number of victims since the Jammeh era, and found something very interesting on a website called  worldpoliticsreview.com.

The article is about one of the junglers; Michael Sang Correa who was indicted in a federal court in Denver, Colorado, USA, in July 2020, for allegedly torturing multiple people in Gambia in 2006.

A cut from the article I am refering to read, thus:

“The prosecution is the first for a member of the Junglers, a secretive death squad used by former Gambian dictator Yahya Jammeh to arrest, torture, disappear and kill scores of his perceived opponents. His trial is expected to begin in 2021.

Correa’s victims and their family members are relieved that he is finally facing justice. However, experts say that Correa’s trial in the U.S., rather than in Gambia, underscores a lack of political will among Gambian leaders for prosecuting Jammeh-era officials. Until the political winds change in The Gambia, survivors of Jammeh’s atrocities say they will continue to look abroad for the justice they feel is being denied at home.”

So, what is going on in The Gambia?

The TRRC is set to conclude its public hearings during the first week of May 2021, and during the rest of May and June prepare the final report containing its findings and recommendations. That report will be submitted to the president in early July. All that is well, so far, the TRRC has done a great and thorough job. The commission has been digging deep, left no stones unturned even though I believe they wish that they wouldn’t have heard about all the atrocities committed by Jammeh and his ilks. Please understand me correctly; just imagine to participate in the hearings and hear the detailed testimonies. You see people cry silent years when they think back on what they have experienced. It could make a stone cry!

All of you who still sing Jammeh’s praise; what kind of people are you? Don’t you have any hearts? Don’t you have a conscience? Don’t you have any empathy? Last but not least of my questions; don’t you feel ashamed? You were mislead all the time and still you don’t want to admit that your silence made these victims scream! How is it possible that even those of you who belong to the same tribe as Yaya Jammeh defend him? I know it is deeply rooted in the culture of your tribe, but things change! Times change and with that the cultures. Nothing is written in stone, meant to stay there for ever. Cultures, traditions and people change. It should be impossible to defend the undefendable!

An article in The Standard Newspaper reads:

“Veteran politician and former minister in both the Jawara and Barrow governments Omar Jallow (OJ), has advised the Truth Reconciliation and Reparations Commission (TRRC) to recommend for victims’ reparations over former president Yahya Jammeh’s prosecution.”

OJ is a higly respected man with a great experience from both Jawara’s and Jammeh’s governments. He speaks his mind, no matter what, but some of his statements made me stop and begin to consider the consequences of his words.

Words matter, and speaking out about serious matters makes it even more important to choose the correct words.

We all know that we have too many politicians in The Gambia who lack this ability to think before they speak, but perhaps I expect more from a man like OJ.

I both agree and disagree with his statements and to make you understand I will explain what I mean.

Mr Jallow advised the TRRC to strongly work on creating a reparations package for the victims of Jammeh’s atrocities.

He also said that the National Assembly should pass a law to ban the former president Yahya Jammeh from ever contesting for political office in The Gambia.

So far, so good, but then OJ began to give some examples of where there have been severe troubles in some African countries before and now they seem to live happily together. Let us look at one of the examples: Ghana and where Jerry Rawlings executed 13 former ministers, 3 judges and 780 people died under torture.

“…..but after their truth commission, they just made sure that they compensated the victims and moved on. This is why I want to advise the TRRC to go and get money to ensure that each and every Gambian who suffered under Jammeh is adequately compensated because for me, I don’t believe in retaliation,” he ( OJ ) said.”

Words matter, as I said before, and I think that when speaking about this matter it is important to not simplify anything. Perhaps that wasn’t OJ’s intention, but who knows as that was his own words and he kept on in the same style in the rest of his interview.

Is it really that simple that when you have been compensated financially you suddenly forget about everything? I don’t think so, the money only makes your life a bit easier but your pain will always be there. A body that is wounded will heal with time, but it takes longer for the soul.

Mr Jallow says that he doesn’t believe in retaliation.

When you think of retaliation you might think of all kinds of beastly ways of punishing Yahya Jammeh for what he has done. Those thoughts are best to keep somewhere in the back of the mind, because if you let them free you will find yourself on the same low level as Jammeh.

There are more sophisticated ways of ”giving back” and that is to strike hardest where it pains the most. So what was important for Jammeh? Power, attention, titles, money, properties, cars etc. He has fled to Equatorial Guinea, and I’m sure it will not be easy to get him from there, but that doesn’t mean we shouldn’t try. Right now Jammeh is stuck there. His bank accounts are frozen and his passport invalid. He has to stay in his luxurious ”jail” together with his family and he has no freedom in the way he was used to.

Jammeh must be prosecuted and also officially stripped off his titles that meant so much to him. He is a shame for the Gambian people and he should forever be mentioned as the dictator and nothing else. Mr O Jallow has some ideas of how to compensate the victims and he mentioned some millions here and there. I think it is wiser to give each victim an annuity; a certain sum of money every month for the rest of their lives. Imagine to have had nothing and suddenly you own millions. Imagine how many ”sick and/or needy relatives” you will suddenly have. People’s envy will empty your bank account faster than a whistle. No, it is better to be sure that you will never again have to wonder if you will have food the next day or if you can afford to pay for your medication.

At the end of the interview with OJ, he said, and I quote:

“He said even as Muslims and Christians we are taught to forgive.” That was followed by a story about a man who had killed a lot of muslims but was forgiven when he converted to Islam. God is great, but our society is built on a constitution and the belief in laws. Mr Jallow says that we must choose between reparations for the victims OR to prosecute Jammeh. According to OJ we can’t have both.

Of course, we can, and we must! What kind of signals are we sending to the future generations otherwise?