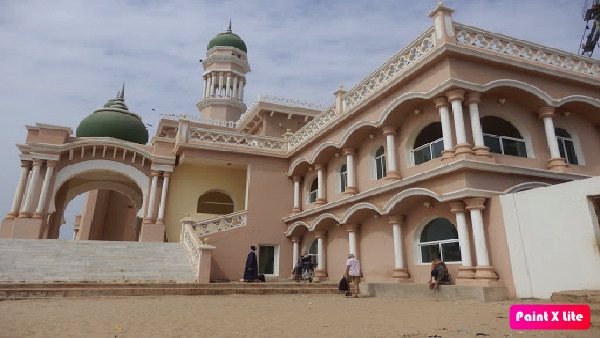 The imposing magnificent mosque on the Gunjur Beach locally called Kenye- Kenye mosque built by former President Jammeh will now be handed over to the natives of the town, Tourism minister Hamat Bah told The Standard yesterday.

The mosque was hugely famous attracting religious pilgrims from The Gambia, Senegal, Nigeria and other countries of the sub-region in early 2000s but former president Jammeh took ownership of the place few years later.

The former president built a grand mosque on the site and used it for seclusion and prayers for many years.

Initiated by the community of Gunjur and Imam Baba Leigh, pilgrimages to the sand mosque generated huge amounts of tourist money and plans were in the pipeline to market it even beyond the sub-region, before Jammeh it took over.

“We are now finalising plans to give back the ownership of the place to the community of Gunjur. Not only that but the people of Gunjur will manage it for themselves. We want to work with them to promote religious tourism,” Bah said.

According to the tourism minister, the Gunjur Sand Mosque is popular and revered through the visit there by the renowned Alhaji Sheikh Omar Futi Taal in the 1800s, and has great tourism possibilities.

“The place has great tourism potentials. We want to promote religious tourism there and we are going to get them [community] a decent hotel to promote halal tourism,” Bah revealed.