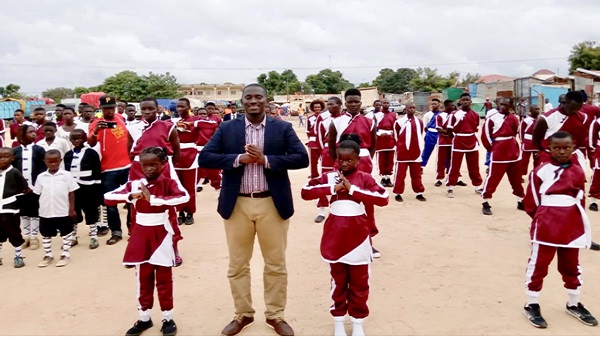 Former Secretary General Momodou Sabally has lamented government’s over-concentration on football to the detriment of other sports.

“At this rate, we might just as well rename our Ministry of Youth and Sports to ‘Ministry of Football’.”

Sabally made these remarks last Sunday as he addressed students and guests at the graduation ceremony of the Sci Kungfu Contact martial arts academy at Buffer Zone, Talinding.

“We must redirect our resources towards other sports including athletics, basketball, wrestling and martial arts,” he asserted.

He took the opportunity to commend the instructors and patrons of the martial arts schools in the country for their dedication and patriotism in supporting what he called “one of the noblest sports that anyone could be engaged in.”

He then advised the graduates at the ceremony: “Martial arts is supposed to instill in you that discipline and focus that is indispensable to outstanding achievement in any field.

So you should take your training as a tool to channel your energy into positive productive endeavours in the greater arena of life.”

Sabally concluded by encouraging parents to enroll their female children into the study of martial arts given the spate of violence against women, saying “Martial arts is not about promoting violence, instead it is a way to instill discipline and a very effective tool for self-defence.

If only we could enroll more of our youths into this discipline, we would be dealing with less violence and unnecessary agitation in our streets.”