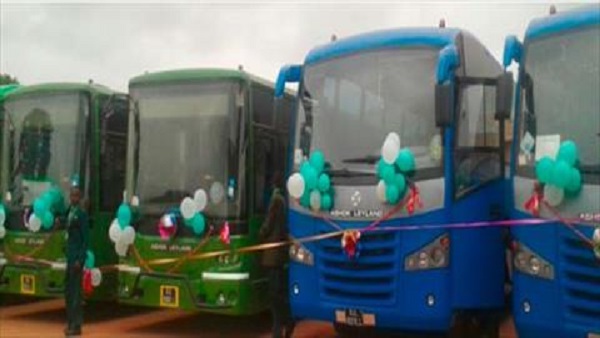 Transport unionists in Senegal on Monday stoned a Gambia Transport Service Corporation bus, injuring a passenger and leaving many others in distraught as the vehicle retreated to Gambian territory late night.

The bus was denied entry by the unionists who blocked its way even after the intervention of police, customs and other Senegalese security officials.
The unionists complained that the service from the Gambia is taking their market.
A different bus was also blocked from entering Senegal a few days earlier and was only allowed to proceed after the intervention of the Senegalese High Commissioner in The Gambia among other officials.
The Standard contacted the managing director of the GTSC, Seedy Kanyi for comments on the matter.

Mr Kanyi said the behavior of the Senegalese unionists is a violation of both the Ecowas and bilateral protocols agreed between The Gambia and Senegal.
“The first place to start is to highlight that there is an agreement between Senegal and The Gambia for our public bus services to run two services from both directions a day, meaning two Gambian buses leaving Banjul to Dakar and vice verse. The same agreement provides for Senegalese public bus service to operate the same number daily. Also sometime in 2018, the Gambian and Senegalese transport ministers signed a protocol which allows both countries to operate 150 cross-border trips for Senegalese operators and 100 for Gambian operators. And these do not include public transport bus service. All these are in addition to the Ecowas protocols which allow free movement of goods and people in the region. The latest fracas came after the GTSC responded to a Gambia government announcement that Gambia public transport and that of Senegal can unlimitedly operate cross-border service to the two countries. So we put an additional service last week which was blocked and later allowed but on Monday, they blocked our bus and on its way back, some people stoned it and put the passengers in grave danger with one of them sustaining injuries,” Mr Kanyi said.

He added that the behaviour of the Senegalese unionists is just a simple case of one nation bullying another.
“It is important that each nation recognises the sovereignty and independence of the other and avoid bullying,” Mr Kanyi said, ”So this is where matters stand.”