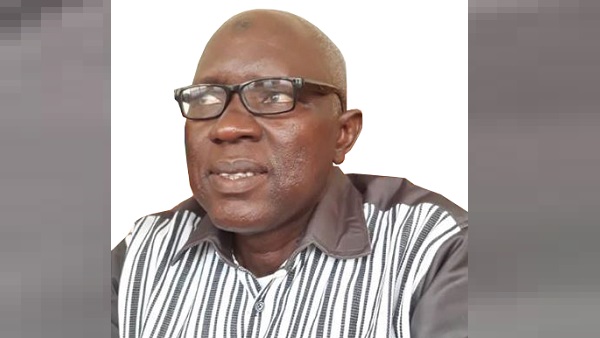 “The truth is that the closure of the border has nothing to do with the Senegalese transport union or The Gambia. It is up to the Senegalese government to decide whether Gambian vehicles should enter the country or not,” Khouma said in an audio obtained by The Standard.

He said he cannot comprehend why the Senegalese government would let drivers at Karang open the border for Guinea Bissau, Guinea Conakry and Mali and close it for Gambian drivers.

“The position of our union is that if we are going to stop Gambian vehicles, we have to stop vehicles coming from Mali, Guinea Bissau and Mali. If they cannot do that, they should allow Gambian vehicles to enter the country. We must not play double standards,” he added.

He further argued: “If we [Senegalese] think Gambia is a small country, you must not forget that they have done a lot of goodwill for us including the construction of the bridge at Farafenni. We should not forget that because if they wished they wouldn’t have allowed it. We should repay them with goodness.”

Communiqué
As we were going to press last night, the Gambia Government released a communiqué on the crisis. It read: The President of Senegal reaffirmed that Senegal will respect all the protocols on trade and transportation and instruct his ministers of transport and interior to liaise with their Gambian counterparts to remove all barriers to free movement of persons and goods between Senegal and Gambia. This was in response to the special envoy from The Gambia, Dr Momodou Tangara, Minister of Foreign Affairs on 20thFebruary, 2020.

Consequently, Bai Lamin Jobe Minister of Transport, Works and Infrastructure, led a delegation to meet his counterpart Minster of Infrastructure, Land Transportation and Decentralisation of Senegal, Mr El Hadj Oumar Youm, on the 25thFebruary, 2020 in Dakar, Senegal to ensure that all bottlenecks to the operationalisation of the interstate transport cooperation between the two countries are removed. The mission to Senegal therefore was to finalise the technical aspects that are hindering smooth implementation of ISTP.

The Interstate Road Transport Agreement was signed between the two countries in March, 2018 and its implementation launched January 6th2020. However, the Karang Transport Union sector of Senegal continue to block unfettered implementation of the ISTP, and threatened the gains made in integrating our two countries and people as symbolized by the opening of the Sene-Gambia Bridge.

Committed to the operationalisation of ISTP and will take measures to ensure its implementation;
The Senegalese Minister to engage the Karang Unions that do not support the interstate transport to understand the importance of implementing ISTP and to adhere to the principle of the ISTP;

The authorities to engage all unions and border officials to refrain from harassing Transport operators on the transport corridors;
Accordingly, the Senegalese Minister of Infrastructure Transport and Decentralisation will engage the mayor of Karang on Tuesday 3rd March 2020 for the Unions in Karang to accept the operationalisation of ISTP.

Both Minister agreed that Sunday 15thMarch, 2020, to be the new date for the implementation of ISTP; which henceforth will be celebrated on annual basis as part the Senegambia calendar of events;
To continue the sensitisation of all the stakeholders especially those at the five corridors indicated in the Road Transport Agreement, 2018
The Senegal Minister agreed to come to Gambia on Thursday 5thMarch, 2020 as part of joint sensitisation and to further discuss the issue.