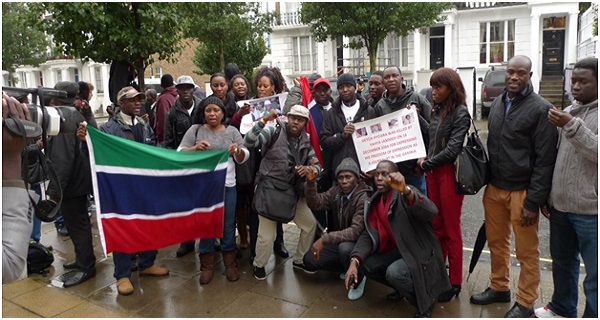 The Gambian diaspora in Reading and Berks County, Pennsylvania, has taken steps toward establishing a formal presence in the civic and social service network that binds all together.

The Gambian Organisation of Reading PA, or GORPA, is a non profit organisation whose aim is to educate, promote, enlighten and bring awareness of the contributions Gambians want to make to the city and county.

“We want to play a bigger role in the community that we now live in,” said John P Joof, who was elected secretary general of GORPA at an organisational meeting last week.

The Gambia is the smallest country in mainland Africa. Roughly the size of almost two Delawares, the country is surrounded by Senegal on three sides and the Atlantic Ocean on the west.

It consists mainly of the northern and southern banks of The Gambia River.

Sir Dawda Kairaba Jawara was the first democratically elected president of The Gambia after the country negotiated its independence from the British Empire in 1965.

Jawara ruled the country for almost 30 years before being deposed in a coup.

But democracy won out, Joof said, and Yahya Jammeh, the soldier who deposed Jawara, was voted out of office in 2016, and after resisting the election results briefly, fled and now lives in exile.

Jawara is still considered the founding father of The Gambia.

Joof said there are roughly 75 Gambians in Berks County who remain in touch.

Some are Muslim and others Christians.

It is not uncommon for Muslim and Christian members of the diaspora to gather and conduct their respective religious rites under the same roof during a meeting or family reunion.

They call Gambia the smiling coast of Africa. They greet each other with wide smiles, handshakes and hugs.

“He was a big part of all of our lives,” Joof said of Jawara.

“We are always here for each other, but if there is a need in the community, Gambians are there,” Keita said. “We are a peace-loving people, and once people get to know us they realise how very special we are.

“I hope GORPA becomes another square in the patchwork quilt of social services, community organisers and fundraisers that reaches out to so many parts of our community with love and support for the downtrodden.”

One way for that to happen is for GORPA to have a seat at the table where community, civic and political leaders meet together, break bread and build on the things that make Berks County the best.