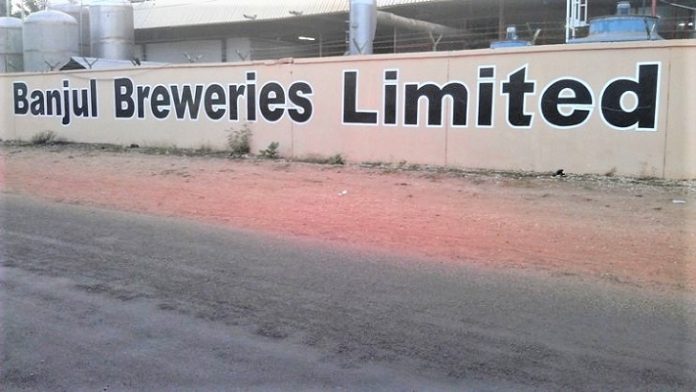 Staff at the Banjul Breweries Limited have told The Standard that the real reasons behind the announcement by their management to close down are more than the technical and economic reasons stated.“That and the Covid-19 pandemic are both used by the management as smoke screen. The real motive is, and has been that they want to relocate the factory to Senegal and use The Gambia as just a sales depot,” a spokesman of the staff said.

The staff noted that such a move will only benefit the company as it will save millions of taxes paid annually to the Gambia government as well as operation costs on both human and capital investments.

“They have already conducted a survey to see the possibilities of this hidden initiative. They want to use the factory in Senegal and change this brewery into a subsidiary to be managed by few employees. The Gambia government must not allow this plan to go ahead, because it will only trigger dire economic distress on the lives of the people and the state in terms of taxes.”

According to the staff, the company is financially stable to sustain its operations in the country.
In an internal memo issued by the management and seen by the Standard, it stated the factory would need an investment of €2 million to sustain current operations and that after several economic assessments, cash required for necessary capital investment is “totally disproportionate to the envisaged profitability of the business”.

It further states that “most of the staff will be made redundant from May 1 and they will be compensated according to the labour laws” of The Gambia.
When The Standard visited the company premises for the management’s reaction on these allegations, the security officers at the gate would not allow access, saying they are instructed not to allow journalists into the premises.

A senior government official who prefers anonymity said the announcement of the company’s closure is a concern for the government and as such the management of the Brewery has been engaged to assess several options for a dialogue.
“Banjul Breweries is a major industrial player and their closure will not send a good signal. Yes, government is doing a lot of work on the ground because we are equally concerned about the plight of the citizens especially on unemployment matters. We know that the closure of the company will not only affect staff and other indirect workers but the tourism industry at large.”

Asked about the allegations by staff that the company is planning to relocate to Senegal, he said:“Government has no proof of that since it was never highlighted by the management in their discussions and we don’t have other sources to verify these allegations.”