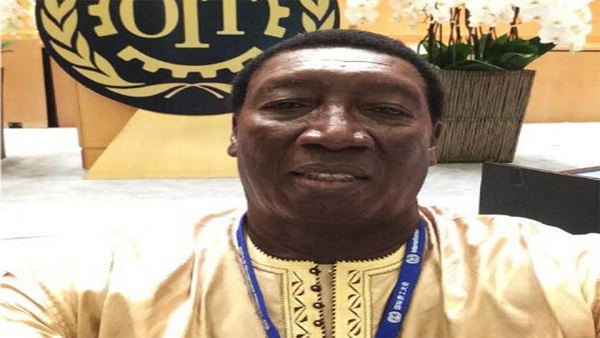 Kebba Masanneh Ceesay, the chairman of the Gambia Trade Union has used his 2020 May Day speech to urge the government to review national wages/salaries and create jobs for the young people.

“We want to seize this occasion as always to call on government to conduct a thorough national wage/salary review and work hard to create avenues of job opportunities for the youth and women,” he said in a statement shared with The Standard.

The unionist has also urged the government to ratify the ILO convention on minimum wage, ratify convention 190 gender base violence and harassment in the world of work, create a national social dialogue forum for effective consultations by government and with social partners in all matters of national development.

Ceesay also used his speech to pay tribute to the late Union leaders such as Francis Small, the founder of The Gambia Labour Union, Babou Kebbeh, MM Ceesay and ME Jallow.
However, he said this year’s May Day will not be celebrated as usual due to the Covid-19 emergency regulations outlined by government.
“Finally, we ask all and sundry to respect the Public Emergency Order and abide by the WHO guidelines,” he said.