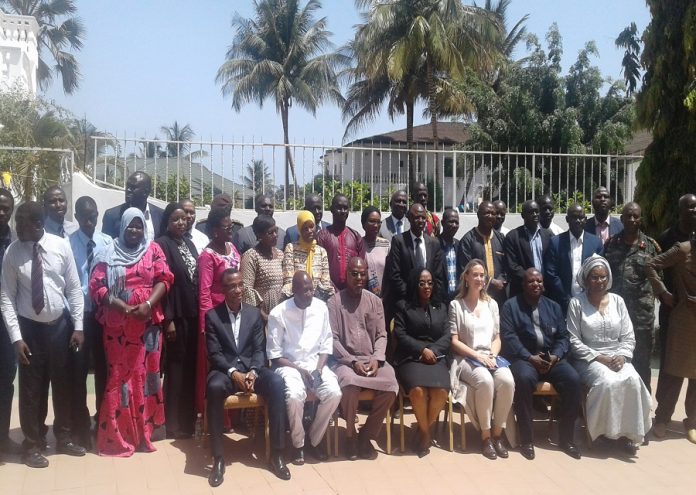 The department of strategic policy and delivery under the Office of the President yesterday commenced four days intensive workshop on peace building for permanent secretaries, administrators, and policy makers.

The training is organised under the Ecowas-EU project on peace and security.
Ecowas and the EU have recently launched a 29.3 million Euro project aimed at strengthening peace and security in the West African region.

The project supports the operation of the African peace and security Architecture (APSA) and is closely coordinated with the Africa peace facility.

Following the democratic change in the Gambia an additional action was formulated in order to support the security sector reform, dialogue and reconciliation as well as governance and democratic process.

Mr. Enya further stated: “The project aims to strengthen institutions and managerial capacity of the Ecowas Commission in the Department for political Affairs, peace and security.”

This, he added, is in support in line with the European Union action to ensure peace and democracy for sustainable development.

The Ecowas Ambassador to The Gambia, Vabah Gayflor said the four days workshop is timely as the Gambia is currently going through a transition process.

The Ecowas ambassador spoke on the importance for taking deliberate steps at the strategic level towards mainstreaming peace building in national development from the policy formulation to the implementation stages geared towards the consolidation of democracy in the country.

She said the workshop will also serve as an information and experience-sharing platform for discussion, plenary sessions and peace working groups on issues relevant to conflict prevention and peace building as well as the National Development Plan.