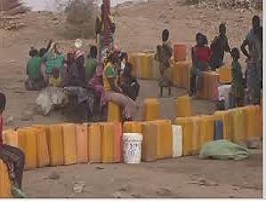 Natives of Tallen village in the Jokadu district North Bank are desperately affected by a lack of access to clean water and improved sanitation facilities, with over 30 compounds reportedly facing acute water shortage.

Foday Ndow, 29, yesterday walked into the offices of The Standard to decry the poor living conditions of his people, which he said, is threatening their livelihoods.

According to him, the residents are facing challenges in accessing clean water, health care facility and educational center.

He said the village used to enjoy a local hand pump, which stopped operation three years ago.

Ndow alleged that the Kerewan Area Council continues to ignore their plight after they had severally contacted them for financial support but to no avail.

“There is only one well in the village in which every resident of the village uses and, cannot meet the demand of the people and that of their cattle.”

He lamented that the villagers are doing their utmost in managing the scarce water from their single source but what remains alarming is that the poor hygienic conditions since the well is not covered and its water can only be filtered for safety drink.

“Many children endure stomach ailments after drinking the sieved water and when the well gets dry our women have to travel one and half-kilometre to the neighbouring village to fetch water from their borehole causing inconvenience,” he decried.

Ndow called on the government and the private sector to assist them improve access to clean water and sanitation to help villagers meet their daily needs.