State ramps up charges to 16 against Ismaila Ndong 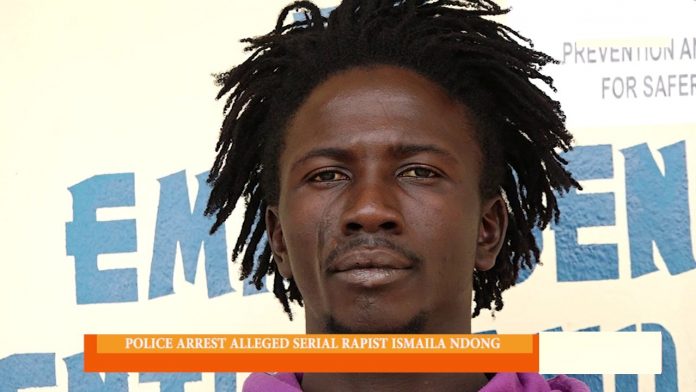 State prosecutors have doubled the charges against alleged serial rapist and brigand, Ismaila Ndong, from eight to sixteen criminal counts.
The taxi driver who was nabbed after a well-publicised manhunt, is accused of raping women robbing with violence. He was arrested by personnel of the police Anti-Crime Unit off Bertil Harding Highway after receiving a tip-off from members of the military.

At the hearings before Justice Francis Apangabuno Achibonga of the Banjul High Court yesterday, the senior state counsel, Kimbeng Tah informed the court of the doubling of the charges against Mr Ndong.
Defense counsel S Badjie requested the judge for an adjournment to discuss with his client the increased charges.
Justice Achibonga adjourned the matter to Thursday for continuation of the hearings.