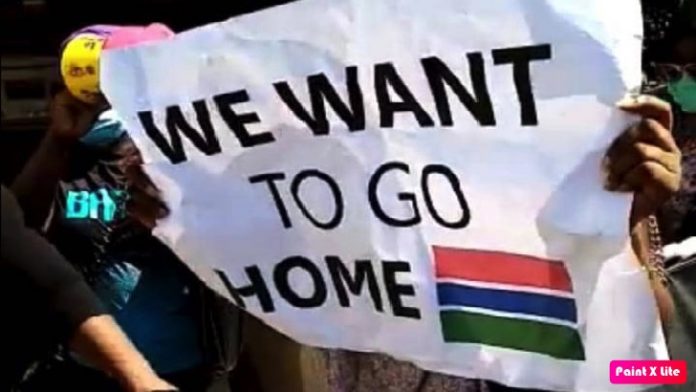 After weeks of protests, dozens of Gambian women stranded in Lebanon have finally returned home thanks to the campaign and support of Sweden-based Gambian activist, Lovette Jallow.

Jallow, the woman who led the campaign calling for the repatriation of the women, shared a communique from her organization, Action for Humanity announcing the return of 38 Gambian women including two children from Beirut, Lebanon through Dakar, Senegal.

The organisation paid for the air tickets of each of the women as well as provided buses to transport them from Dakar airport to The Gambia. The women were received at Dakar airport by a Gambian team serving as project managers for Action for Humanity in the Gambia.

For more than nine months, most of the women were unable to leave because their travel documents were seized. The women expressed frustration at the lack of support from the Gambian Consul in Beirut, thus leaving them helpless and had to fend for themselves in quite difficult circumstances in Lebanon.

Jallow and her organisation then get involved with the women in August following its release of a video about the ‘kafala’ system.

The ‘kafala’ system is a scheme in the Middle East where migrant workers mainly from Africa are trafficked into various countries of the region to become construction or domestic workers with the promise of good paying jobs which in fact turns out to be a life of servitude, forced labour, rape, physical abuse, unpaid work and in some instances unpermitted removal of kidneys of victims.

“Upon the release of our video, a group of Gambian women who were victims of the ‘kafala’ system in Lebanon reached out to Ms. Jallow to help them to establish contact with the Gambian Ministry of Foreign Affairs in order to repatriate them. These women had run away from their abusive employers while others were injured in the recent massive explosion in Beirut which left hundreds dead and thousands more injured

“To fulfil our promise to these women, Lovette then contacted the foreign ministry in Banjul as well as a local organization in Lebanon that campaigns against the ‘kafala’ system. To our amazement, the foreign ministry was not forthcoming hence our decision to actively and fully undertake the issue of these women to repatriate them,” the organization said in the statement.

The organisation said after initial rejection of their initiative to pay for the air tickets, the Gambia Government eventually capitulated by allowing the women to travel on their arrangement.

The 38 women and children arrived at Blaise Diagne International Airport in Dakar on Friday 4th September 2020 from where they immediately joined buses to Banjul.

“However, we must report our shock and dismay that even though the Gambia Government is aware of our entire arrangements, they still went ahead to provide buses for these women at the airport. It was not until after some tense moments that the women were eventually allowed to board our buses to travel to their respective homes in the Gambia, with the Government buses trailing behind them,” the organisation said.

They also promised to provide social, economic and financial support to these women including providing them counselling services.

“We have also hired a lawyer to look after their rights and interests and to ensure justice for them for the abuse meted out to them in Lebanon. We hope the Gambia Government will provide us the necessary cooperation to ensure these objectives are met,” it added.

While highlighting the high incidence of human trafficking in the country, the organisation urged the Gambia Government to take urgent steps to tackle the menace.

“Above all, there is need for the Government to undertake meaningful programs and services that will empower the youth and women to find dignified livelihoods in the country as a prevention against human trafficking. As citizens, it is necessary that everyone joins the fight against human trafficking knowing full well that the next victim may be yourself or your loved one

“Traffickers are smart criminals who have the ability to make innocent people believe what is not true hence no one is fully immune from their diabolical schemes,” the organisation noted.

By Momodou Darboe The police are trailing suspects in Senegal, Europe and the US as they widen the scope of their probe into the nude...
Read more
News

By Momodou Darboe The United Democratic Party (UDP) has said reports of incursions into the country by the Senegalese security forces and their involvement in...
Read more
News 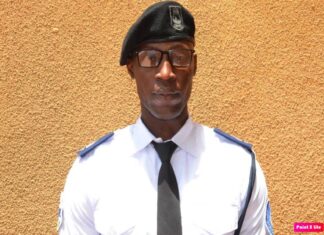 January 19, 2021
By Momodou Darboe The police are trailing suspects in Senegal, Europe and the US as they widen the scope of their probe into the nude...