The “pasty-white” construct that is Africa 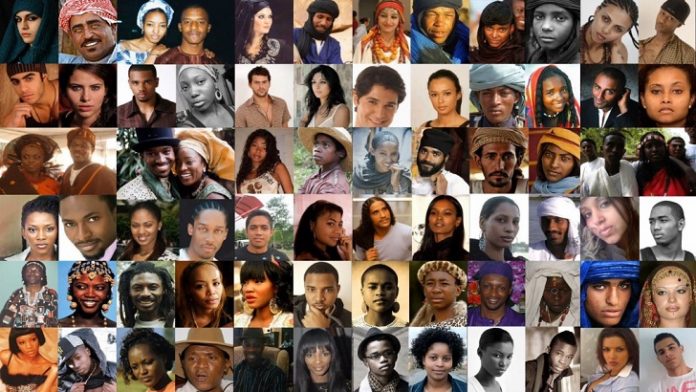 This statement is not only a logical fallacy but ahistorical and totally full of arbitrary whims – for before European incursion into what is today Africa – there was no Africa, in that, the name and geographic construct that is Africa was non-existent and to argue that North Africans (I am assuming this applies only to the north African Arabs) are not African really doesn’t stand to muster.

The Europeans gave us the name Africa, they gave us our respective countries, as we know them now, perhaps with the exception of Ethiopia. Everything about the name is a “Pasty White” construct. There is also another nebulous idea that equates the notion of African to being Black. I try to grapple with this analogy all the time; it doesn’t add up – given the sheer diversity, complexities and vastness of the African continent.

The idea of Africa, as I have discussed in several of my articles is nothing but a European construct – and this construct – which didn’t even appear on the wider consciousness of most of the people who occupy this place they called Africa – until the end of the Victorian age, is geographically, socially, and politically not uniformed or rigid. This Africa is a continent- that encompasses everything from the Namib to the Sahara; its people, cultures, lands and all of its shades.

Let’s unpack this statement – for it seems like Africanness or whatever the hell that is, usually connotes being a Negro.
I had a dialectic conversation with a very good friend of mine from Morocco, on the topic of the African identity. It all started as a funny joke – about the African identity – until we came to the conclusion that the notion is nothing but an abstract concept. She was in a cab and when the driver asked her where she was from – she said Africa. The driver couldn’t believe that there were non- Black people in Africa. The driver, like a good many Americans, was not aware that non-Black Africans number in their ever-swelling 100s of millions on the continent. Side note: this driver happened to be an “African-American.” However, my friend and I also agreed that, even in the Maghreb (North Africa) the African identity has something to do with color; for sub-Saharan Africans are considered Africans or Blacks and the Arab population, to a certain degree, try to disassociate themselves from Africa.

Would we consider the “pasty-whites” of the Transvaal Africans? After all, they live in a country that has Africa in its name — South Africa; plus, they are the only ones that have a language called that connotes Africaness — Afrikaans. Heck, what’s the barometer for Africaness? What’s the purity test? How many percent of the ancestry should be “Negro” to be considered African? The more you delve into this topic – the more you realize how silly and ridiculous this argument is.

Furthermore, absent anecdotal references – what made the Egyptian Arabs less African than the jet-black Senegambian? Well, given that the Egyptian Arabs live on the continent of Africa – shouldn’t they be able to claim Africa on that basis, if they want to? And, if they are not from Africa – where in the good lord’s name are they from and should go back to? I look at this argument from the prism of the Israeli-Palestinian conflict. You have a group of persecuted white-Ashkenazi Jews from Europe settling into a land they claim was rightfully and historically theirs – about 3000 years ago.

Another point is our inferiority complex vis-a-vis Egyptian civilization. Why should a sub-Saharan African get into revisionism to claim that Egypt was, indeed, African? I am a big fan of Cheikh Anta Diop and many of his academic work and I understand and celebrate his reasoning behind his quest to prove that Egyptian civilization was “Negro”.

The issue of identity has always been a bone of contention in Africa. We are, sadly, forever involved in the process of othering, be it xenophobia or tribal identity. For example, in the Ivory Coast, whose former president, Henri Konan Bedie, claimed that Alassane Ouattara was not a native Ivorian, thus he didn’t qualify to run for president. Mind you, Ouattara was born in Ivory Coast of Burkinabe extraction and served as Prime Minister during the first Republic.

This form of xenophobia and nativism is also what our current president in the Gambia, Yahya jammeh, who is currently trying to prove that Mandingos, the majority ethnic group in The Gambia, are, in fact, not native Gambians, because, some few hundred years ago – their forebears migrated from Manding, in the former Mali empire. Nativism is one of those ugly remnants of colonialism and colonial mentality.

Don’t get it twisted, though, nativism is also very strong in the Maghreb – as I have mentioned in some of my articles – “Black Africans” are awfully mistreated and often face xenophobia from Northern Africans. And, if you think that “Black” Africa is this one monolithic thing – then, I suppose the recent xenophobic attacks on other so called “Real” Africans – would put this to rest. I think Africans of all nationalities, creeds and races should contend and celebrate our differences and understand that we are very different and not succumb to our lowest human inclinations – embrace the fact that Africa is only an idea and a totally “Pasty White” idea at that.
First published in2016