The US attacks on Huawei are not effective and will, in the long run, prove futile 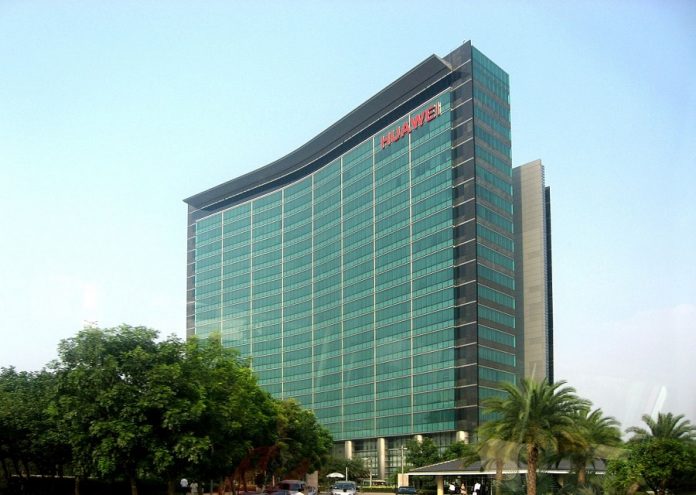 The empire strikes back
Huawei is now firmly in the sights of the US government which is now waging what effectively is a war on the company. Although it is the matter of 5G infrastructure that has increased the US government’s resolve to take on Huawei, the fact of the matter is that tensions have been brewing for some years now.

In 2001, Huawei reportedly helped the Saddam Hussein regime to strengthen Iraqi air defenses against attacks by US and allied jets enforcing a no-fly zone over northern Iraq. However, Huawei has claimed that this was a case of mistaken identity, and it has been reported that it was Hua Mei, a Chinese-American company, that provided the equipment to Saddam. Shortly after, Cisco sued Huawei in 2003 for stealing its source code (human-readable computer code) and documentation for its routers. Although the case was eventually dropped by Cisco, Huawei’s reputation was bruised after agreeing to discontinue products named in the suit and to change documentation and source code Cisco complained about.

Huawei appeared again on the US national security radar, following the conclusion of a 2005 RAND Corporation report for the US Airforce that Huawei was one of the private Chinese companies that formed a “digital triangle” that worked together secretly, and consisted of i) Chinese information technology companies, ii) government R&D institutes and funding infrastructure, and iii) the Chinese military. Four years later, the US National Security Agency (NSA) launched its “Shotgiant” effort to penetrate Huawei’s networks and was able to access the company’s source code and emails (including those of its CEO Ren).

Furthermore, concerns of the Committee on Foreign Investment in the United States (CFIUS), a federal inter-agency panel that reviews international takeovers of US companies, and of members of Congress about Huawei’s threat to US national security led to the cancellation in 2008 of the company’s plan to buy 3Com in a $2.2 billion deal in which Huawei partnered with Bain Capital. Similarly, Huawei was barred in July 2010 from acquiring 2Wire, a home networking company that provided hardware, software, and services to telecommunications companies.

In November 2010, Huawei was shut out of bidding for a $5 billion contract for a Sprint Nextel network upgrade, even though it partnered with Amerilink Telecom, a US company headed by Adm. Bill Owens, a former Vice Chairman of the Joint Chiefs of Staff, and former CEO of Nortel Networks. It did not help either, that eight US Senators expressed their opposition, on US national security grounds, to the bid in an August 2010 letter to the US Treasury Secretary, the Director of National Intelligence, and other US government officials.
Huawei suffered another blow in February 2011 when, because of national security concerns of the US government, it cancelled its attempts to buy 3Leaf Systems, Motorola’s mobile network infrastructure unit.

Shortly after, Ken Hu, the Chairman of Huawei USA, and Deputy Chairman of Huawei Technologies wrote an open letter denying allegations that Huawei had close ties with the Chinese military, and that it was a threat to US national security. In conclusion, Mr. Hu expressed his hope that the “United States government will carry out a formal investigation on any concerns it may have about Huawei.” Despite these denials, Huawei was blocked by the US Department of Commerce in October 2011 from bidding for a contract to help build a new wireless emergency network for first responders such as ambulances, firefighters, and police.

Mr. Hu got his wish in November 2011 when the bi-partisan House Permanent Select Committee on Intelligence (HPSCI) of the US Congress initiated an investigation into “the counterintelligence and security threat posed by Chinese telecommunications companies doing business in the United States.” The investigation focused on Huawei and ZTE and concluded in an October 2012 report, that both Chinese companies failed to provide enough information to satisfy a “full and fair investigation,” and that the risks associated with Huawei and ZTE providing equipment to critical US infrastructure could undermine the country’s core national-security interests. The report provided five recommendations, including the need for continued suspicion of Chinese companies entering the US telecommunications market, and for greater transparency of Chinese companies.

Shortly after the HPSCI released its findings, it was reported that a similar 18-month White House review of Huawei’s activities in the US found no evidence that Huawei spied for the Chinese government, even though, an anonymous source said, “certain parts of government really wanted” evidence of spying by Huawei. However, a White House spokesperson denied that the White House had conducted a classified inquiry that cleared any telecommunications company.

In March 2013, President Obama signed a funding bill to prevent a US government shutdown but included a requirement that federal government agencies can only purchase information technologies from Chinese companies after they have assessed the “cyber-espionage or sabotage” risks posed by these products. Later that year, retired Gen. Michael Hayden, former head of the US Central Intelligence Agency (CIA) and the NSA alleged that Huawei was a significant threat to Australia and the US, and had spied for the Chinese government, and that intelligence agencies had hard evidence of the company’s nefarious activities. These allegations were, however, vehemently denied by Huawei officials who insisted that Gen. Hayden and others accusing Huawei should make the evidence they have public.

Huawei’s troubles continued in 2014, with T-Mobile US filing a lawsuit against it and alleging that it had stolen technology behind T-Mobile’s smartphone testing robot, Tappy. Huawei admitted that there was some truth to T-Mobile’s complaint, and added that the two Huawei employees implicated had been fired. The case was resolved in May 2017, with the Huawei being fined $4.8 million in damages, and the conviction of the company for industrial espionage.

Huawei continued to work hard in the US in 2017, especially with regards to increasing the uptake of its smartphones in the country. Thus, the company announced it was working with AT&T to distribute its flagship smartphones in the US market, where 90 percent of smartphones are sold through telephone carriers. These efforts were, however, strongly opposed by 18 members of the US Congress in a letter to the Federal Communications Communication (FCC).

Huawei’s efforts to develop its smartphone market in the US ultimately proved futile because both AT&T and Verizon dropped plans to sell its smartphones to their customers, supposedly under US government pressure. A Huawei official said the collapse of the AT&T deal was a “big loss” for both his company and the American people, who would not have “the best choice.” Huawei was to suffer more setbacks in 2018 with increasing efforts by the US government to limit the use of its products in the US.
To be continued
Katim is a soil scientist, entrepreneur, international development consultant, and writer on global issues