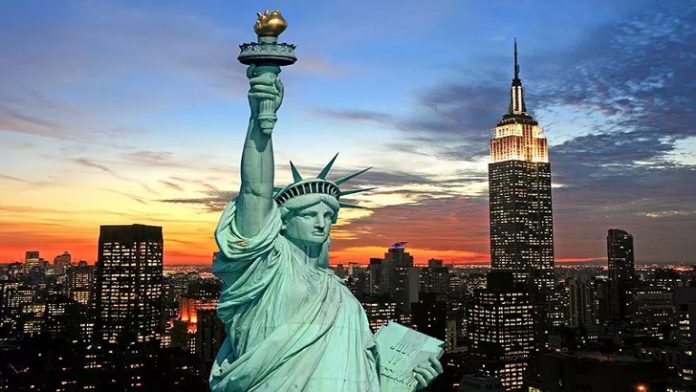 I moved around New York extensively March 14, 2020 taking care of business and also making a holistic assessment of the impact of the coronavirus pandemic over my city. In the twenty or more years I spent in America I never in my life thought that New York City could be this radically transformed from how it had always been to what it is beginning to look like today.

The bustling subway services almost near desertion, Time Square one of the busiest and most attractive entertainment centers in the whole nation tuning placid with unbelievable sluggishness, the usual daytime-traffic-jam Interstate-95 North/South highway stretching along the Cross Bronx to the George Washington Bridge decongested as never before from both south and north bound traffic, the Lincoln Tunnel, from New Jersey to Manhattan also known for its frustrating daily traffic delays, swallowing vehicles in steady cruising speed, apparently convincing me that the declared coronavirus pandemic in New York City and in America as a whole is as serious as a heart attack.

Obviously its severity was compounded by President Trump’s declaration of signing a national emergency bill taking effect March 15, 2020, compelling the closure of many schools to students, sports centers to athletes and spectators, theater halls to guests and workers, hotels to tourists, even venues hosting presidential debates or town-hall meetings to all audiences and above all, its devastating effect on the Wall Street from the month-long temporary restriction of international flights in and out of America.

As to how long America or the world can sustain this unimaginable predicament is anybody’s guess. Without any cure or vaccine yet, all efforts are now focused on containing the rapid spread of the virus in order to avoid medical facilities being overwhelmed by the sick, reminiscent of China’s and Italy’s experience. Scientists have identified the elderly with preexisting health problems as the most susceptible; although cases are emerging from Iran showing people in their 40s equally infected and killed by the disease. They are expressing fears of the Iranian strain of the virus proving deadlier than those discovered from China, Italy and everywhere in Europe and Asia so far.

Containment of the disease and its rapid spread could have been better handled if, according to mainstream media reports, the Trump administration had accepted in late December 2019 an offer of its special testing kits by the World Health Organization (WHO) when the virus just started turning deadly in Wuhan, China.

The US government was all along afraid of its negative impact on the robust global financial market that has been Donald Trumps’ best political campaign tool slated for maximum exploitation in his presidential election bid this November; certainly if the virus had not been an existential threat to the families of the affluent or to the stock market, no matter how many people are dead, the Trump government would have cared less.

It is that mindset of greed and selfishness favorable to only the wealthy that has drastically impeded efforts to contain the mysterious virus. My favorite presidential candidate, Bernie Sanders has been for the past thirty years denouncing this greed in America specifically faulting the billionaires and millionaires on preventing government from providing insurance to every American. Having total monopoly of the medical field while manipulating and controlling the pharmaceutical industries together with the insurance companies, these greedy billionaires and millionaires according to Senator Bernie Sanders, annually stash their bank accounts with billions of dollars at the expense of the masses in what he characterizes as pure racketeering.

That said, it is believed that America with its inexhaustible wealth could have provided free health care benefit for all its citizens, reduce the cost of medicine for the sick ten times cheaper than prevalent now and support a far better welfare system that could shelter the 500,000 poor men and women living in the streets everyday.

It is in fact the estimated 40 million uninsured Americans without health care coverage and need to be equally tested for possible infection that is speedily driving the government to insure every one of them now. Any suggestion for such action before the pandemic, threatening mankind as a whole including the filthy rich would have been aggressively condemned and thwarted as a socialist concept, incompatible with free market economic system. What a shame!

However, thanks to the virus the Trump government has now accepted that America cannot survive in isolation and has to cooperate with the WHO and the world scientists to effectively fight this together, rather than relying on Americans alone and his unscientific “haunch”. They have also recognized in this special case the importance of extending universal health care coverage to all Americans for continuous preventive measure.
But let us not be too euphoric, because I hear from revelations, the health care being currently provided for all Americans is only for testing coronavirus-infected individuals-nothing more or less-and will most likely be cancelled as soon as a cure or vaccine is discovered.

Quarantining infected people and widely affected areas is another radical measure being applied for containment which to me will have minimal effect considering the excluded 11 million undocumented aliens living in the country, having no form of authentic identification papers and avoiding the US Immigration and Customs Enforcement (ICE) constantly hunting them for deportation.

They are not at all mentioned by the politicians or anyone in the precautionary and curative measures being explored. Pretending as if they don’t exist or are all immunized or isolated from the infected or disinfected population is foolish.
I am therefore hoping that either Bernie Sanders or Joe Biden will remember and discuss the issue of these people in their presidential debates.

Politicians must come up with a realistic modus operandi to get these folks out of the shadows for testing if they are serious in what they are doing. Don’t ask me how, because I honestly have no clue. I am even beginning to have doubts whether the November elections would still take place given how things are unfolding weekly.

For all I know, most of these illegal aliens will rather stay away sick or dead than risk being registered for any tests in a data base that could be accessible by the government even whereas an emergency law is enacted guaranteeing them maximum confidentiality. They know that if deemed politically expedient, Trump could easily wake up one morning using an executive privilege to revoke the confidentiality agreement and ask ICE to deport every tested person.

I am therefore asking all Americans to do some soul-searching and try to come up with a necessary resolution on these 11 million illegal aliens living in the country if we are serious about containing this disruptive pandemic.

A long shame The Taliban victory over the US will, for a very long time to come, cast a shadow of shame over US...

U.N. Secretary General Antonio Guterres’ interview with Al-Jazeera is a must watch for leaders and scholars