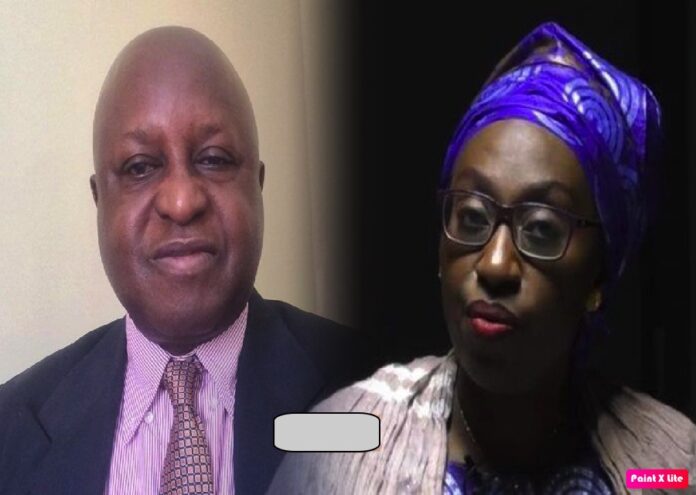 In another twist to the raging division in the People’s Progressive Party, renegade leadership candidate Fatoumatta ‘Touma’ Njai has rubbished her expulsion from the party as ‘utter nonsense’ as she vowed to defend the party to her last breath.

Touma had trooped out of the recent PPP congress alleging fraud in the process which led to the election of Kebba Jallow as leader.

The letter, signed by new party leader Kebba Jallow, reads: “Your actions have proven gross and serious violations of the constitution, principles, norms and decisions of the party. Consequently, acting on the recommendations of the national disciplinary committee, the National Executive Committee of PPP, regrets to inform you that you are expelled from the People’s Progressive Party (PPP) with immediate effect.”

Reacting to the letter, Touma Njai who is currently in Freetown, said: “This is utter nonsense and I take it as such. I stand by my communications to the public via my press conference on the 1st March 2021 as proclaimed after the agreement of all the regional chairpersons of the party. I maintain the position of the SG and the party leader pending free and fair election. I am still waiting on the response from the IEC and for now, I will just ignore the letter. As far as I am concern, I am still the interim leader of the PPP pending another congress. The corrupt practices have been further emphasised by the High Court ruling of the 1st March. For me, as always demonstrated, accountability and transparency are always uppermost. I published this just for the information of the public but it is of no importance to me as my position remains the same. We do not recognise Mr Jallow as a leader and as such, this letter is of no significance and of no value”.

Meanwhile, the Kebba Jallow-led executive has issued a statement, saying the recent high court judgment has no effect on its congress held in Brikama-Ba.

The High Court delivered a judgment in the 2018 congress between BB Dabo and Papa Njie, a judgment which says among other things that the lawyers of both Papa Njie and Yaya Ceesay who filed the complaint at court, have agreed that a congress should be held.

But the PPP statement said the judgment was misread by the media and it has no effect on the election of Kebba Jallow. “Following the media publication regarding the consent judgment which was wrongly reported, the People’s Progressive Party (PPP) wants to inform and assure its members, supporters and the general public that the said judgment has absolutely nothing to do with the recent National Congress held in Brikama-ba from the 26th-27th February 2021 where Hon. Kebba E Jallow was elected Secretary General and Party Leader. The plaintiffs that brought the 2018 congress before the courts never filed an injunction to stop all future congresses of the party.”

The PPP, the release added, was obliged to organise a congress as required by law. Therefore, only a court order could have stopped both the IEC and the party from holding a congress in 2021, it said.

“Now that a congress was held and a new leadership elected, the courts cannot nullify the elections based on the outcome of the 2018 congress while there was no injunction to stop it. The Independent Electoral Commission sends observers to all party congresses and normally does not play any role in the way and manner parties conduct their congresses. We thank the IEC for sending representatives and their patience throughout the congress until a new leadership was elected. Besides the above, the party leader and Executive will embark on a nationwide tour to thank all delegates and members for the trust they have in them to run the affairs of the party for the next four years.”