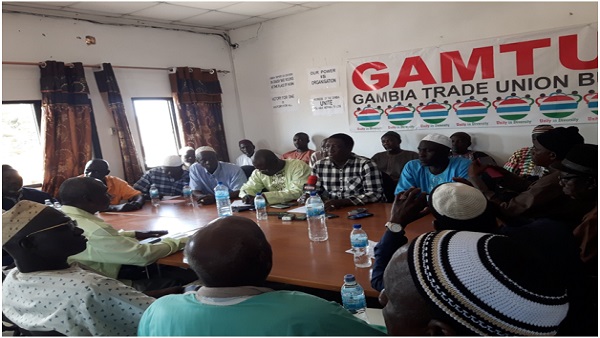 Members of transport organisations in the country yesterday signed a Memorandum of Understanding, MoU, which seeks to revitalise the transport industry in order to “guarantee effective operational systems”.

Speaking at the event, Jarga Faal from the Gambia National Transport and Control Association, described the event as “a very big day” in the history of transport unions in the country.

“People are tired in [these] transport issues in the country with everyone standing on their own trying to work in different ways.

We need to come together as one.

Thank God today we have come together under one umbrella to work together for the wellbeing of The Gambia and for the interest of the people.”

According to him, they have been yearning for the MoU “for quite a long time now”.

He said they are now ready to “work for The Gambia at any cost”.

Jobe called for greater support from government and other institutions in order to attain their objectives.