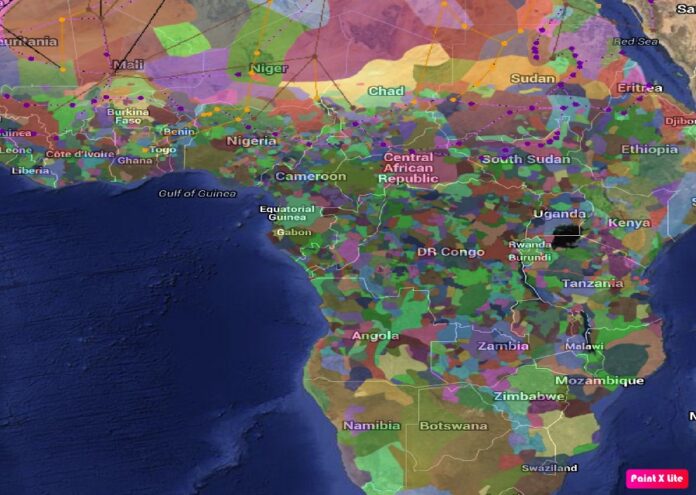 Pan-Africanism as well as patriotism has been a crusade by great men over years but this is far from becoming a reality simply because of tribalism and ethnicity. To begin a write-up on such a topic, it is appropriate to draw a classification between the terms ethnicity and ethnocentrism. Ethnicity is simply the way a group of people share a common origin live with common culture, customs and traditions. On the other hand, ethnocentrism is the unshakable belief of one’s own cultural superiority over others and that’s the genesis of tribalism . This (tribalism) has added fuel to a burning fire by which a social group whose members have common ancestry, pay unalloyed allegiance to its tribe to the detriment of others in society. However, it is good to note  that from  a philosophical point of view, human beings are driven by the struggle for recognition and favoritism. This has unconsciously fused into our political terrain and assumed a pathetic as well as destructive character in which it has dissected into allotments that even writing can’t exhaust. The shed tears of distress by individuals are unjustifiable for the simple fact that no human being had chosen the race nor ethnicity to belong before existence.

Unfortunately for us, what is supposed to be an advantage to humanity has turned out to be a dangerous weapon of ‘mass destruction.’ Instead of ethnicities becoming a blessing, humankind has turned that into a curse by becoming ethnocentric. How can Africa wean itself from this social canker? When will we end allowing ourselves to be sliced, diced and shattered into millions of factions as well as tiny economies? Again, when will we stop ditching some tribes against others in our body politic? All over the world, when politicians mobilise followers around ideas of parochial interests, other segments of the population feel that their dignity has been affronted and therefore, must be restored. So the notion put forward by regimes around the world, most especially in Africa when they are in  power, is  that it’s now their time  get a glimpse of the national wealth. One will only get to feel the pain and anguish if you are at the doomed side of the coin but if not, one continues to milk out resources that could be used to remedy the problems of economic inequalities of our world today .

Narrowing it down to The Gambia; it’s not immune from the menace of tribalism in Africa. Just before  the 2016 presidential election, President Yahya A.J.J Jammeh triggered a very intense provoking statement which was self-destructive, to say the least! By playing the tribal and religious card for political gains. Even though it backfired at the polls and sent him into  exile, such an action in a democratic dispensation does not predict well for progress and stability. As Africans, we need to ask ourselves critically whether tribalism has helped us in any way. Vividly looking at the 2007 post-election violence in Kenya revealed the vast extent to which tribal politics can bring a country on the verge of war. Not forgetting the 1994 Rwandan genocide saw ethnic cleansing involving the Hutu and Tutsi tribes. Therefore, we need to rise up and wise up in transforming tribal affiliations into a national developmental goal for the common good of all citizens. This will forestall a sense of belonging and patriotism.

Defining people as citizens only on paper while they are primarily designated using their tribe or ethnic group especially in a very opprobrious manner is dehumanizing and improper. For instance, if on paper one is a citizen, a Gambian for that matter, but their merits or demerits are predetermined by whether they are Mandinka or Fula or Jola or Manjago or belonging to any other tribe is the height of insensitivity.

Our focus now must be building political parties that compete based on ideas and issues rather than embracing political activity based on tribal identities. True democracy in the twenty-first century calls for economic advancement, sustainable growth, and better standards of living. To this end, all our hopes for good governance and democratic transitions, must be every citizen’s motivation. Ethnocentrism and tribalism only serve to produce mediocrities as well as under-development. They have not helped Africa in any way! The earlier we harness the good potentials embedded in our different ethnicities through mutual respect and upholding the tenets of the rule of law, the better for our common progress as well as development in nation building.

Zindi Anthony Levi is a political science graduate, University of The Gambia.

By Batou Saidy In contemporary Gambia, politics is apparently the universal set of all these frequent frenzy fusses. Avalanche of attacks, avatar of disarrays, jibes...
Read more
Opinions

By Saidina Alieu Jarjou It is no doubt that there are few sectors in The Gambia which are crucial in our day-to-day life – one...
Read more
Opinions

One really need not have a vested interest in the subject matter nor even have a skin in the game one way or another...
Read more
- Advertisment -