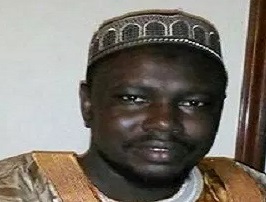 Pa Ousman Darboe, a former Daily Observer and Independent Newspaper reporter who investigated the disappearance of Ebrima Chief Manneh, has told the TRRC that the journalist was picked when plain-clothed officers came for him at his office in Bakau in July 2006.

Darboe further told the commission that Chief Manneh was responsible for the Observer’s international page at the time and on that particular day, he downloaded a story about the African foreign ministers who were to discuss on a charter on good governance and democracy in Africa at the AU summit in 2006 that was critical of the Jammeh regime.

“In fact, that article was printed but never published because we felt that the story would not go well with Dr. Taal and his agenda of promoting Jammeh’s welfare and the APRC. So we decided as a team to take that portion from the publication and keep it in our store,” Darboe said.

He said when Taal got aware of the unpublished content, he threatened to report the editorial board to Captain Lamin Saine of the NIA to find out who were behind it.

According to him, two plain-clothed officers including one Sheriff Sey picked “Chief Manneh on a Sunday at the Observer and told him that he was needed at the Bakau police station for questioning.”

He said when they insisted on joining him, Chief asked them to stay to avoid any problems.
“They took him to Bakau police station and after some moments, we decided to go and look for him but we were told he was taken to the NIA”, the witness said.

Darboe, who has been in exile in the US since 2007 was among the Gambian journalists who testified at the Ecowas Court against the Gambia government on the Chief Manneh case.

He said Dr. Taal confided in him that he could not sleep anytime Chief Manneh’s crossed came up to his mind.

Darboe further revealed that he conducted an investigation into Manneh’s disappearance including visiting various police stations and detention centers where Manneh was detained including Sibanor, Gunjur, Bundung, Sare Ngai and Fatoto amongst others before he finally disappeared.

He said one Yahya Dampha visited the Fatoto station with officials of Amnesty International where he saw Chief Manneh being escorted by a police officer to have his lunch.

But even then the police insisted he was not in their custody.

He said Dr. Taal was infuriated when a family member of Chief visited the Observer to ask about his whereabouts.

“Taal ordered the security guard at the Observer that he did not want to see any family member of Chief and they must not be allowed in.”

The witness also said Chief was severely beaten and reportedly admitted at the RVTH and later transferred to a military medical unit.

He told the commission that Chief died somewhere in Garawol or Basse police.