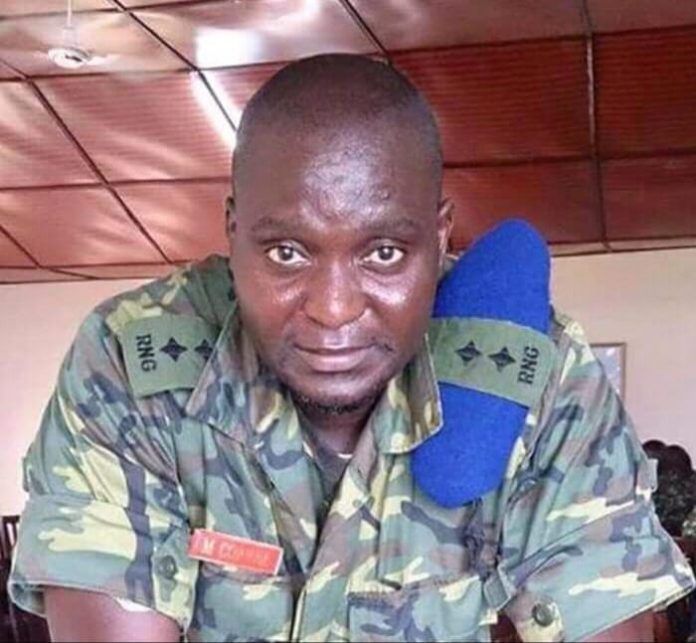 Michael Sang Correa, 41, a former Gambia National Army officer and member of Jammeh’s hit squad, the Junglers, was arrested yesterday in Denver Colorado, on federal torture charges, accused of abusing political prisoners in The Gambia at the direction of President Yahya Jammeh, according to court documents filed this month.

According to Denver Channel news, Correa appeared before a judge yesterday afternoon. Correa has been in custody at the Immigration Customs and Enforcement facility in Aurora since last year, when he was arrested on immigration charges.
A federal grand jury indicted Correa on June 2 on one count of conspiracy to commit torture and six counts of aiding and abetting torture. The statute in the case — which allows US officials to prosecute foreign nationals residing in the US for alleged crimes they committed elsewhere — had only been used twice before, according US Attorney Jason Dunn said at a news conference Thursday.

“I can not overstate the significance of these charges,” Dunn said.
Correa, a Gambian national, travelled to the United States in December 2016 to work as a bodyguard for the Gambian vice president, who was visiting the United Nations, Dunn said. When Gambian President Yahya Jammeh was voted out of office at that same time, Correa stayed in the US, and at some point moved to Denver, Colorado, where he lived with his wife and worked as a day labourer, officials said.

While he lived in his home country, Correa worked for an armed unit known as the “Junglers,” who answered to Gambia President Yahya Jammeh, the indictment said. The Junglers, according to the indictment, were selected from the ranks of the Gambian military but worked outside of the army’s chain of command, “receiving orders from President Jammeh.”

Correa trained with the Junglers in 2004, authorities said. When Jammeh learned in 2006 that a group within Gambia was trying to overthrow his government, his administration arrested “numerous” individuals and took them to the Mile 2 Prison for interrogations, according to the indictment.

Correa, authorities alleged, took part in the interrogations by abusing and coercing the prisoners. In one case, he beat a victim with sticks, palm branches and wires and extinguished a cigarette on the victim, the indictment said.
Correa and the other co-conspirators are also accused of dripping molten plastic onto a victim’s thighs and feet and suspending the victim in mid-air while they beat the person, according to the indictment.

The indictment outlined other torture allegations, including pouring cold water on a victim, electrocuting a victim, and bringing a hot metal rod next to a victim’s face.
The alleged torture happened in March and April of 2006.
Two Democratic US senators wrote a letter in February to US Attorney General William Barr and Acting Secretary of Homeland Security asking for Correa to be prosecuted for the alleged abuses. The senators said at that time that they learned Correa was in federal custody in Colorado for overstaying a visa – which was first reported by Just Security in December.

The senators also wrote that Correa had since his arrest unsuccessfully applied for asylum in the US and had been ordered to be removed from the country.
“Thoroughly investigating Correa’s alleged crimes and prosecuting him, if warranted, would send a strong signal that the United States will protect its own citizens and will not serve as a safe haven for those who commit human right atrocities,” the senators wrote. “Allowing Correa to be removed from the United States, on the other hand, would likely allow him to escape any kind of real accountability or justice.”

Dunn on Thursday said the government fully intends to prosecute Correa in the US.
“With this arrest, we are not only holding accountable a man who has allegedly committed horrific acts of torture against his own people, but demonstrating to the People of The Gambia, and indeed the entire world, that the United States stands for the rule of law and against those who abuse human rights,” Dunn said in a news release.