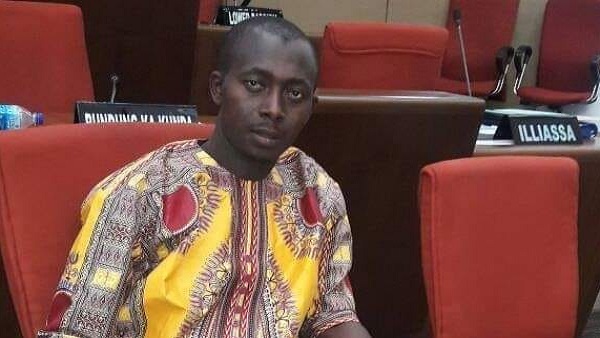 The United Democratic Party Busumbala Constituency Executive has given their national assembly member Saikouba Jarju up to end of November to apologise to the party executive or else they will withdraw their support for him.
They argued that Saikouba Jarju is not representing them as expected at the National Assembly, claiming he is working against the values of the party that took him to parliament.

Saikouba Jarju of Busumbala, Alhagie Jawara of Lower Baddibu, Fatoumatta Jawara of Tallinding and Saikou Marong of Latrikunda Sabiji are among few UDP NAMs accused of sympathizing with President Adama Barrow.
Jarju and Marong were also among UDP NAMs who were accused of receiving D10, 000 from President Barrow.

A recent amendment of the Gambian Constitution means elected assembly members no longer fear losing their seats after expulsion from their parties.
The UDP Busumbala Constituency chairman, Kemo Ceesay said the Constituency executive called the press conference to make a decision on their differences with Saikouba Jarju.
“He has no regard to the party’s principles. He even votes against everything UDP NAMs vote for at the assembly. We want him to ask for the party’s forgiveness so that he could come back to the party because we believe he would not want to serve only one term,” Ceesay told journalists yesterday.

He continued: “This is prompted because of Mr Jarju’s rejection of the UDP’s decision on the President’s mandate of 3 years as agreed by the Coalition 2016. I want to call on him to immediately apologise and reconcile with the party executive if he wants to win a second term”.

He said Hon Jarju has not been cooperating with the UDP executive, despite all efforts to bring him onboard.
“We want to also call on the constituency to ensure that whatever he is doing he consults the people. We want to also reiterate that we are in support of the decision that was taken by the UDP executive on the issue of the 3-years. We want to inform the president that he should stand by the promise he made to the Gambian people that he is going to serve for only 3-years,” he noted.

“A delegation was sent to Saikouba Jarju to ask him whether he is not attending the activities of the party, but he told us he is 100% UDP but he supports the agenda of the President. As of now a decision is not taken by the party executive but if we fail to convince him we will be compelled to write a petition to the party executive to inform them that we cannot work with Saikouba Jarju,” he said.