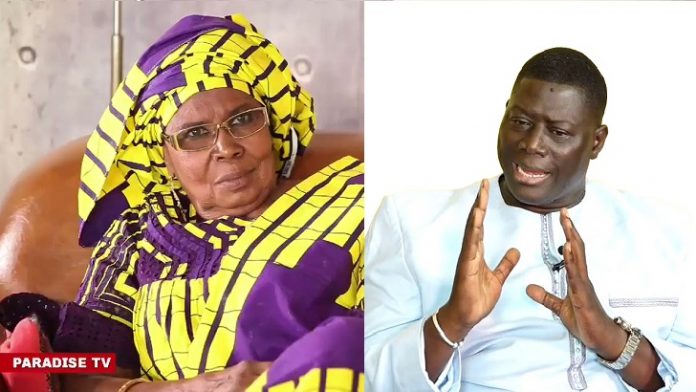 The United Democratic Party has said comments made by its deputy leader, Aji Yam Secka, widely condemned as tribalist, were not more than passing comments that do not in significantly reflect the party’s policy.

Madame Secka, who was addressing a rally in Niani was quoted as saying among other things that Mandinkas should empower their fellow Mandinka and and relative Ousainu Darboe, the UDP leader.
Madame Secka herself added that she is aware that her comments will be taken as tribalistic.

“When I leave here they will say I am tribalist but I am the one who said it. Mandinkas, rally behind Ousainu Darboe because he is the one who can remove what is here. There are some who wore a Mandinka dress because they knew the Mandinkas are the majority but when they won the election, they showed their true colours and made themselves Fula and Sarahuleh,” she commented in an audio obtained by The Standard.

Her comments were roundly condemned by many who called the UDP to dissociate themselves with the party.

Madi Jobarteh, a prominent activist and commentator said Aji Yam Secka’s comments are not only dangerously irresponsible but also utterly unnecessary, counter productive and makes no sense in anyway. “We need leaders who are measured in words and conduct and will not be mesmerized by any crowd or situation to the point of going off track,” Mr Jobarteh commented.

He called on the UDP to demonstrate leadership and responsibility to dissociate the party from Madame Secka’s remarks and urged her to withdraw them herself and apologise.
However, when contacted on the issue the spokesman of the UDP Almamy Fanding Taal said the UDP does not take the incident significantly. “Aji Yam is an upright person who is not a tribalist in her dealings. We understand people’s feelings and take all criticisms in good faith and we will consider it in our future messaging,” Taal said.