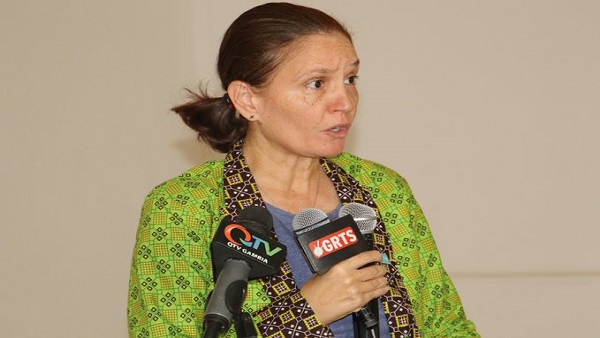 Children in The Gambia continue to face violence and abuse in homes, schools and public places, Unicef has said.

The Gambia has joined the rest of the world to usher in the Decade of Action (2020 -2030), a period of renewed commitment to achieve the Sustainable Development Goals.
UN children agency, Unicef, yesterday issued a statement calling for stronger action to protect children from violence and abuse.

“Recognizable progress has been registered in The Gambia, but children continue to face violence and abuse in homes, schools, and public places. As The Gambia joins the rest of the world to usher in the Decade of Action (2020 -2030), a period of renewed commitment to achieve the Sustainable Development Goals, UNICEF The Gambia is calling for stronger action to protect children from violence and abuse,” Unicef said.

It added: “Gains have been made in Goal 16 of the Sustainable Development Goals – Target 16.2 – which calls for an end to all forms of violence against children, but, overall, action to meet the Goal is not advancing at the speed or scale required. 2020 needs to usher in a decade of ambitious action to protect children from violence, abuse and exploitation – and achieve the SDGs in general.

“Unicef The Gambia is encouraged by The Gambia Government’s explicit stance on child abuse or exploitation, especially the recent statement of the Ministry of Women, Children and Social Welfare declaring “zero tolerance” for abuse or exploitation of children. Unicef is keen to match the Government’s determination with our best efforts to transform the tragedies that children have endured into the protection, hope and opportunity they deserve.

“To ensure full protection of children from all forms of violence, Unicef urges The Gambia Government to; implement laws to ensure the prohibition of all forms of violence against children including physical, sexual and emotional violence – in all settings, including schools, home, public spaces and institutions. In “The Gambia we Want” call to action, the Children’s National Assembly in November 2019 demanded, among other things, the effective enforcement of ‘all the laws which protect children from all forms of abuse, violence, exploitation, hazardous labour and trafficking’; adopt a comprehensive national plan to end violence against children, with a timeline and clearly defined national objectives, priorities and responsibilities for implementation across relevant ministries and other government entities; strengthen national child protection systems by making critical social services available to support all children at risk or victims of violence; invest resources in the protection of children and provide appropriate budget allocations for effective implementation of national plans to end violence against children; monitor the implementation of the Sustainable Development Goals through investment in the collection of quality evidence on violence against children and integrate the data into national statistics and strategies.

“Unicef The Gambia recognizes the work of partners, including civil society, private sector, local communities, and development partners in the protection of children, and calls for stronger action from all partners to protect children in The Gambia from violence and abuse. UNICEF will continue to work with the Government and stakeholders to ensure all children are safe in their homes, schools, streets and public spaces.”