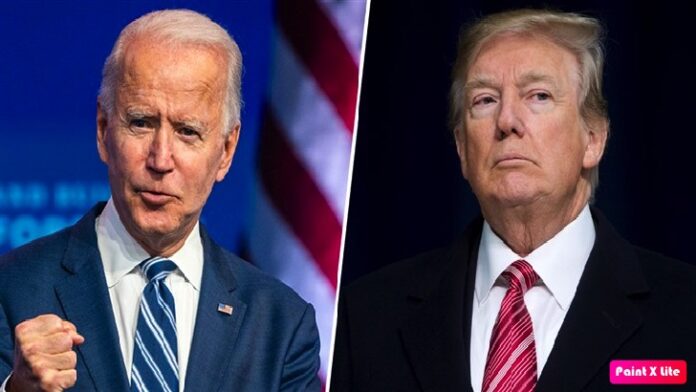 During the course of last week, the civilized world watched in shock and disbelief as supporters of the incumbent President and defeated candidate Donald Trump stormed the Capitol where work leading to the proclamation of president-elect Joe Biden on January 20 was ongoing.  Rioters broke police lines, occupied, caused destruction, and defiled the US Capitol.  Lawmakers had to stop work and seek shelter.  Four people died on the spot and, one later as a result of the mayhem.  Prior to this, Trump has repeatedly stated he would never concede because he claimed that the election had been rigged and that he had won.  He has repeatedly egged his supporters to not accept the results and on the same day, before the crowd marched to the Capitol, Trump addressed them claiming that “We will never give up.  We will never concede.”  He also said, “If you don’t fight like hell, you are not going to have a country anymore,” and that “History is going to be made.”  Unquestionably, it was Trump himself who angered and incited his supporters to break the law and cause trouble.

This is a jarring reminder of what insane and unhinged leaders can do.  At a time when political discourse – regardless of its quality – has become too accessible to ordinary citizens, when the physical distance between a politician’s articulation and a citizen’s ear is now breached by modern technology, and when it is easier to peddle lies, bigotry, racism, tribalism/regionalism, disinformation and fakery, it is time to reflect on whether political rights should be limited to those who are sane.

The United States of America is considered by many as the paragon of democracy.  It was unimaginable that such direct assault on their electoral and democratic processes could take place in America.  President-elect Joe Biden was right when he said in a tweet, “Today is a reminder, a painful one, that democracy is fragile.  To preserve it requires people of good will, leaders with the courage to stand up, who are devoted not to pursuit of power and personal interest at any cost, but to the common good.”

This should also be a timely reminder to us, Gambians.  Democracy is fragile.  As a matter of fact, very fragile.  It needs to be nurtured and defended not just by those in government positions but more importantly, by us, the people, as citizens and as voters. Democracy can be taken away if the citizens are not vigilant.  It can be destroyed if we become apathetic to political happenings.  It can be taken away if the people renege from our responsibility to be informed and involved.

As a people, we are not strangers to having our democratic system and institutions disrespected and destroyed because of vested interests of those in power.  We lived through the Yaya Jammeh dictatorship that shredded to pieces our democratic values, violated our human rights, prosecuted and killed political opponents, and plunged the country into poverty.  We were brought down to our knees while the few in power lived like untouchable royalty, enriching themselves using stolen public monies.  The Gambian people managed to pick up the pieces by ousting the dictator and rebuilding our democratic institutions.  We wrongly pinned our hopes on the Coalition government.  The Coalition government was not a cure-all to the ills plaguing our nation through the years.  We did not realize that simply ousting a dictator and installing a new leadership, without an adequately agreed-upon operational guidelines, were not enough.  We failed to guard our gains and take an active role in ensuring that those out to only protect their self-interest would not occupy important government positions.  We did not sustain the initiative to develop a more mature, more discerning and committed electorate.  We allowed ourselves to be seriously divided.  Our country is again in serious trouble.  Through the period after the Coalition, many of our people lost faith in an ill-defined Coalition.  Trusting that doing so would be good for the country.  Look where we are now.

Incompetence, disinformation and misinformation are everywhere.  Grinding poverty affects many Gambians many of whom are jobless and without any means of livelihood.  The economy is at a standstill while the pandemic is hovering above us.  We cannot afford to make any more mistakes in nurturing and protecting our democracy because it affects the kind of governance the country will have in the future.  It affects businesses, livelihoods, food security, our environment, our human rights and the social services.  It affects everything about our lives.  Democracy is fragile but Gambian democracy is dangerously fragile.  If ours is further weakened and gets even more destroyed, it is us, the people, as citizens and as voters, who will suffer more.  This year, 2021, we will vote for a new administration.  This is a golden opportunity for us to start regaining what we have lost.  WE MUST CHOOSE CORRECTLY.  For this to happen we need to work hard so our citizens are well-informed of the power of their vote.  From this point onward to the D-day of 2021, we should nurture and protect what remains of our fragile democracy and make sure that the Gambian people and the country will recover with people in  government who are more capable, have integrity and who will work not for their self-interest but for the common good.