What is inclusive growth and which strategies, policies and programmes can best promote it? 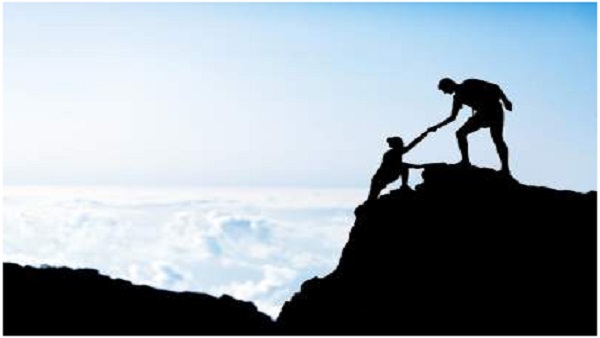 Why the inclusive growth agenda?
Musahara (2016) aptly points out that the emergence of inclusive growth and development concepts is part of many paradigm shifts in the meaning of development stretching back several decades. In this regard, he rightly notes that “the earliest interpretation of development of countries was based on simple economic indicators, notably Gross Domestic Product (GDP) and GDP per capita”. He further recalled that the earlier growth models were based on Harrod (1939) and Domar (1946) models that influenced in large measure the planning processes for higher levels of growth and development in many developing parts of the world in the 1960s and 1970s. According to the Harrod/Domar models, the driving forces behind growth and development were savings and investments and the best indicators of growth were changes in GDP and per capita income. This notion of growth as the main indicator of development was present in varying degrees in the writings of other classical and neo-classical Economists like Schumpeter (1961), Rostow (stages in development, 1960), Kuznet’s inverted U curve hypothesis, 1955), the convergence theories of Solow (1956) and Swan (1959).

But in subsequent years, starting from the 1970s and 80s, there was increasing recognition that economic growth alone did not suffice for explaining true development of nations. Prominent among such alternative theories was the Basic Needs Approach put forward by Professor Paul Streeten (1979), which was adopted by ILO and UNDP in their support programmes. In the early 1990s, UNDP came up with the Human Development Concept and Human Development Index, as a powerful alternative to growth as still a dominant notion of development. Almost immediately after the introduction of the concept of human development, other theories interrogating economic growth as a principal variable explaining development began to emerge too. These were Redistribution with Growth, promoted principally by the World Bank especially through studies by Alesina and Roderik 1994, Dollar and Kraay 2001; Pro-Poor Growth (UN 2000, Kakwani and Pernia 2000, OECD 2001, and Ravaillion and Shen 2003, the interlinkages between poverty, inequality and employment, ILO and Rizwanul Islam and others 2006 and sustainable development (UN and Sachs 2013). The latter, integrating not only economic development, but also social inclusion, environmental protection and climate change considerations, could be said to represent the broadest possible definition of development to date and has come to be known as sustainable development. Thus, it appropriately underpins Agenda 2030 and its associated Sustainable Development Goals (SDGs).

However, economic history clearly indicates that this evolution in the emergence of the various concepts and approaches had not always been a linear process. There had tended to be an upsurge and ebb in the dominance of certain economic theories and policies as well as programmes put in place to implement them by countries across the globe. These movements either reflect the dominance of certain groups and ideologies at certain times or pragmatic responses to some global or local economic developments. This pattern of changes in economic policies and programmes could be clearly observed in Africa over the past 50 to 60 years. First, in line with the euphoria of the immediate post-independence era, combined with strong transformational aspirations of leaders like Presidents Kwame Nkrumah, Félix Houphouët-Boigny, Leopold Sedar Senghor, Julius Nyerere, Jomo Kenyatta and Kenneth Kaunda etc, development policy and programme formulation was influenced in large measure by the key tenets and principles of Development Economics, which placed emphasis on transformative programmes and, in many cases, a focus also on income distribution and/or equity considerations (a la WArthur Lewis or Hollis B Chenery). But the economic policies and programmes of those times were influenced by the competing socialist and capitalist ideologies. This period lasted up to the late – 1970s, when another distinctly different period set in, marked by global economic and financial crisis due mainly to the sharp drops in oil price and collapse of most primary commodity prices. Meanwhile, there was also a steady decline in the allure of the socialist ideology owing to the gradual and later dramatic crumbling of the old communist Soviet empire.

Thus, the subsequent two decades were marked by increasingly tough structural adjustment programmes, with the main preoccupation of economic policy making being fiscal retrenchment, tight monetary policies and reining in of direct state intervention and participation in the mainstream economic activities. The underlying objectives were to restore macroeconomic balances and stability as well as put the economies back on more sustainable growth paths. Equity considerations were definitely not high then on the development agenda of most governments in the face of the prevailing difficult economic circumstances. All this facilitated the reemergence and dominance of classical and neo-classical approaches to economic policy making and programming and the accompanying strong faith in the market mechanism for ensuring growth and realizing equitable income distribution as a derived by – product of that growth.

The Millennium Development Goals (MDGs) era was marked by increased attention to poverty reduction or pro-poor growth (Ravaillion and Kakwani, for instance) but not necessarily by a passion for tackling increasing inequalities, whose benefits on accelerated poverty reduction were steadily emerging from a growing body of applied economic research. The MDGs positively impacted on poverty reduction in Africa but not to the extent desired or projected. According to Ayodele Odusola’s analysis “Poverty fell by only 8.0 percentage points between 1990 and 2010 in the continent compared to the targeted 28.3 percentage points by 2015”. At a time when the growth rates were relatively strong, this is not unrelated to the phenomenon of jobless-growth and rising inequalities during the same period, implying lack of inclusivity in the growth process. Again, according to Ayodele, “income inequality in the continent fell by only 4.3 % during the same period, leaving Africa the second most unequal region globally after the Latin America and the Caribbean region.”

For policymaking purposes from the vantage point of global organizations and regional institutions, it is important to go beyond this aggregate picture about the incidence of inequalities in Africa. Figure 1 below clearly provides a vivid picture in this regard. No doubt, the actual income distribution in the continent differs from country to country and from sub-region to sub-region, influenced by both historical factors and specific policies pursued by Governments. The Figure shows the sub-regional and country patterns of income inequality in Africa as of December 2016. The map indicates that the majority of the African countries with high and rising inequalities are principally located in Southern and Central Africa, characterized by capital-intensive oil and mining sectors and/or settler societies with large-scale agricultural production landholdings. On the other hand, countries with relatively low or declining income inequalities are found mainly in West Africa, with predominantly smallholder agricultural sectors, in which productivity enhancement policies were benefitting the small-scale farmers.

Figure 1. Africa’s Income Inequality Picture – Source: Income Inequality Trends in Sub-Saharan Africa – Ayodele Odusola et all, 2017
The mounting evidence on increasing inequalities in most regions of the world over the past few years has prompted a robust re-emergence of concerns for distributional and equity considerations and hence for more inclusive approaches to growth and development. This shift in thinking gave rise to the resurgence of the concepts of “inclusive and equitable growth”. Much of the research shows the close interrelationship between inclusive growth and more equitable patterns of development. Inclusive growth and development, with an explicit or implicit emphasis on the principle that no one should be left behind, constitutes one of the basic tenets of Agenda 2030. The Africa continent has also further embraced it in the context of its long-term transformation vision, Agenda 2063. Figure 1 clearly underscores the relevance of both agendas to the realization of the continent’s long-term socio-economic development and transformation aspirations.

Lamin Manneh is the director of the UNDP Regional Service Centre for Africa in Addis Ababa, Ethiopia.
The views expressed in this article are not necessarily sanctioned by UNDP.