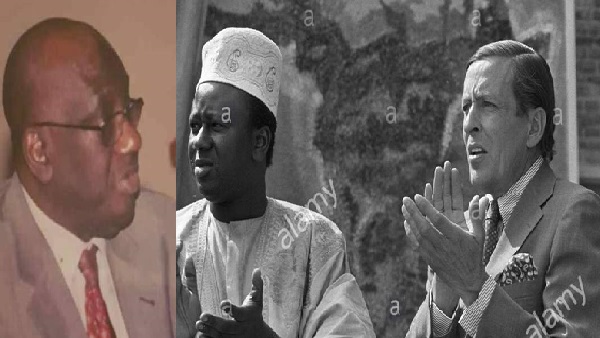 Today, June 30th 2020 marks the first anniversary of the passing away of my dear friend and compatriot, Ebou Momar Taal.
Before proceeding to narrate the good life that my friend lived, I would like to share a very interesting old tale about life and death. In the tale, life asked death, ‘Why do people love me but hate you?’ Death responded, ‘Because you are a beautiful lie and I am a painful truth.’

As we continue to mourn and grief this colossal loss, the tears made way for tributes. Among those was his own namesake Ambassador Ebou Manneh who lost no time in writing a tribute. Manneh was one among several with whom he had worked in the public service of The Gambia. Then came a eulogy from the erudite Mr Hassoum Ceesay-Executive Director for National Centre for Arts & Culture.

Ebou Momar Taal received his education at Muhammedan School, Methodist Boy’s High School and Fourah Bay College in Sierra Leone where he bagged a degree in Economics and French. He returned home to join the civil service in the colonial administration and later contributed significantly in the restructuring of our civil service after the attainment of independence.

He helped to establish ministries and define the functions of ministers and permanent secretaries and also induct and train our civil servants, most of whom have risen to senior positions by the 1990s.

My relation with the late Ebou Taal goes far back as the 1940s immediately after the Second World War. We first met at Muhammedan School. This was an elementary school that provided tuition from kindergarten classes to the top class of standard seven. At the time, one could be admitted to that school at an age even above ten years.

I was at standard four at the time. The class teacher was the late Mr OB Saine and headmaster was the late Tamass Jarra (TB Jarra). Flanked by his assistants, Master TB Jarra announced that all pupils at standard four and at the age of eleven and a little over now have the opportunity to sit for an exam called Eleven-Plusand if successful would be guaranteed a scholarship and a place in a high school. This news was greeted with ovation. Unfortunately, many of us were overaged and hence unqualified to sit for the exam.

Master Jarra turned to standard three. This was no better. He then went down to standard two and there he found the pupils he was looking for. He brought them straight to join us at standard four. Among the new boys was Ebou Momar Taal. I was the class prefect at the time and he would sit very close to me. He was one of the friendliest, sweetest, most compassionate and humble persons I ever met in my life.

This event marked the beginning of my relationship with Ebou Momar Taal and it never waned till death parted us. Ebou and his colleagues were the first batch to sit for the Eleven-Plus exams. They all passed with flying colors and he proceeded to the Methodist Boys High school on government scholarship.

By way of background, Eleven-Plus is an examination introduced in the 1940s and administered to students in Great Britain and its overseas territories in their last year of primary education, which governs admission to high schools.
Before the Eleven-Plus entry examination was introduced, entry to high school was difficult. It was only easy for the privileged and the sons of the gentry. The Eleven-Plus exam was the turning point in the dispensation and expansion of education in the United Kingdom and its oversea territories.

The Eleven-Plus examination was brought about by the government of the Labour Party headed by Clement Attlee who defeated the Conservative Party led by Sir Winston Churchill in the 1947 general elections. This exam was the flood gate for high school education in England and its overseas territories. This examination was later changed to Common Entrance Examination which benefited many.

Some of those who sat for this exam with the late Ebou Taal were Babucarr Sallah (Captain Sallah), Ousman Sallah (diplomat) and the late Samba Mbye (former Clerk of the House of Representative).
Ebou Momar Taal is survived by a wife and several children.