When bitter sweets of democracy turn into a curse 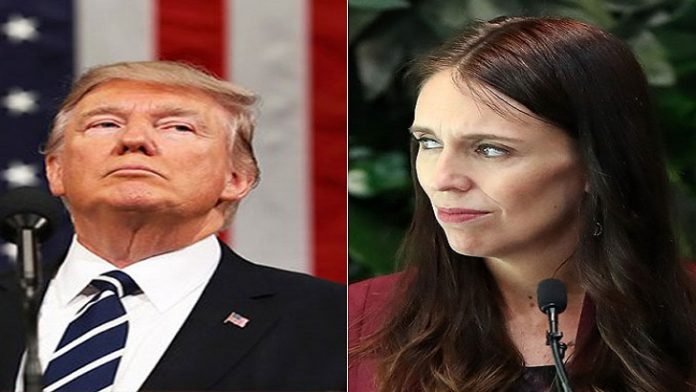 Democracy, and the freedom that it brings to citizens, including the right to free speech and the press, is always better than repression and tyranny. But in order to enjoy the full benefits that democracy brings, the political system must be populated by a politically literate and responsible citizenry, mature political institutions and political leaders who know the limit of their powers.

Unfortunately, while the freedom that democracy brings and the rights that come with it have become the lynchpin of democratic discourse, not so the burdens that are associated with being responsible, rational and restrained. This can prove disastrous when political institutions are weak, political parties are malfunctioning or worse, non-existent, and political leaders are irresponsible and unrestrained. It is unfortunate that it appears that we are cursed to bear all of these as our burdens. And the tragic consequences of these become fully manifested when we face a crisis like coronavirus disease 2019 pandemic.
There is just too much political noise in the air. Science that is supposed to be the harbinger of facts and truth competes with demagoguery and partisanship. Scientific discourse is forced to bend to the wishes of partisan interests. We saw this in how technical terms such as mass testing, epidemiological waves and asymptomatic transmissions have become fertile venues for lexicon-induced pseudo-experts and social media bloggers to question real pedigreed experts.

But the greater tragedy is when science itself becomes politicised, with scientists now engaged in debates not because they have different interpretations of the data, but because they themselves pursue partisan or even selfish agenda. This is actually not new, since if one looks at its history, one will be confronted with a plethora of cases where the growth of science was fueled by personal rivalries and by politics between competing cliques in the scientific community.

It would be naïve to attribute the current noise created by competing claims about the Covid-19 pandemic made by so-called experts to mere epistemological and methodological differences. A good number of them are driven by individual quests for fame by riding on the crisis. Some are even driven by partisan biases.

One can always claim that political noise is healthy for democracy. But this becomes a curse when it distorts the discourse and prevents rational policy making. In a pandemic, the consequences are even terrifying since they involve life-threatening implications.
Vietnam is being touted as a success story in many policy issues, from its agricultural modernisation programme to its handling of the Covid-19 pandemic. We should not forget that this is mainly because Vietnam is a one-party state where political will can be mobilised to manage, even silence, political noise. Its rodent management programme, for example, to manage the problem of rat infestation of its rice paddies, hinges on a top-down mandatory synchronised planting and harvesting, where noncompliance is severely dealt with. This is in order to render the rodent infestation predictable and in tune with host-pest dynamics to make it easier for communities to manage the rats using community-based techniques and avoid the use of chemical rodenticides. In Vietnam, field rats are eaten as food and are best caught alive instead of poisoned.

One can just imagine if we implement a similar policy in the country. The outrage would be unimaginable. There would be mass protests by farmers, even media and civil society may condemn such moves as a violation of farmers’ rights. The political noise could be severe.
Thus it is easy to blame our democratic rituals, our relative freedom to criticize and voice our dissent, something that unregulated social media has openly nurtured and enabled, often enabling fakery and the propagation of lies and disinformation (much of it has happened at the Janneh Commission, the Constitutional Review Commission and is happening at the TRRC). It is easy to wish that government could gag not only its citizens but its scientists and experts to toe the official line to stop criticizing government policies and official statistics and promote and stand by the truth.

But that is not an easy, or even acceptable solution.
What is required is a political leadership that is governed less by its desire to maintain authority that will be compromised if it tolerates dissent and more by a desire to truly serve the people. We can always point to China as the model of a draconian regime that silences dissent primarily to maintain the legitimacy of the Communist Party. It censored and punished medical scientists who were talking about the early onset of the pandemic not to serve the public, but party interest. This cannot be said of Vietnam relative to rat infestation, when it dictated to farmers when to plant and harvest. In this case, what was being served was public interest to save farmers’ crops in the most organic and culturally acceptable manner.

One can also look at Prime Minister Jacinda Ardern of New Zealand as an example. She came up with pretty strong and hard pronouncements to contain Covid-19, but these were not taken as dictatorial impositions. This is because Ardern was not seen as a petty tyrant threatening people’s rights but as one who uses her legitimate authority to serve public interest. It helped her a lot that she was perceived a fair leader, one who would submit herself to her own rules, such as when she willingly left a crowded restaurant to comply with physical distancing rules.

This is something we cannot confidently say about President Trump. His recent actions cast doubt on his fidelity to the rule of law and his own national policies, or that of his allies. After all, this is a man who, while proclaiming that the law is the law and national policies are to be respected, also publicly refused to wear the face mask in violation of the Covid-19 quarantine rules.